PEACHHHHHHH!! Lolol. Your couple is front news! hee! Everyone should love this post since it’s all about pretty and kindness! I forgot who said this quote, but doing charity only has a beginning, it never ends. There was no crazy fashion tonight, everyone looks good with what they chose and for once I’m a happy camper with Li Ying’s stylist (I’m more picky with her! xD)

Wu Xiu Bo is always spectacular in suits. He WEARS THEM!! Captain of Blue Team. 😉

Ren Jia Lun and his petite face. As a girl with slightly bigger face, I don’t want to stand next to him. Lol. But as a fangirl, maybe I could use those filter app? =D

The big sisters – Li Bing Bing and Zhang Zi Yi. Don’t they look like one is a queen attending a function and the other is prepared for a swimming photoshoot? Lol.

Huang Xiao Ming (captain of Yellow team) sneaking in between since his Baby didn’t walk the red carpet.

Yang Mi and her kids. hee.

Of course, the boys have to snap a photo with their boss.

Thanks to Jane Zhang for bringing colors!

Everyone should know Li Yu Chun’s style by now. 🙂

Ying Er in another white gown.

Cheney Chen came on the wings of his dragonfly. ;]

And her two kids, Guo Jing and Peng Xiao Ran. 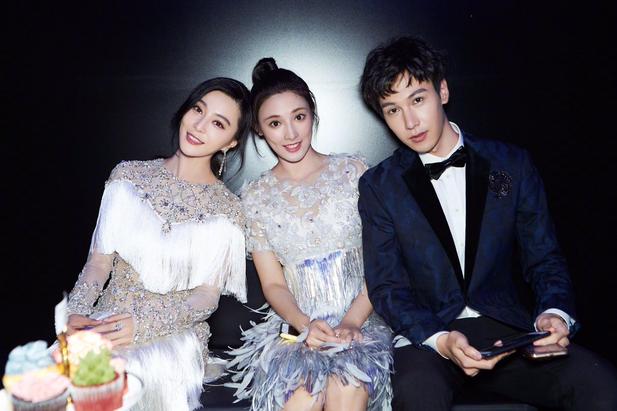 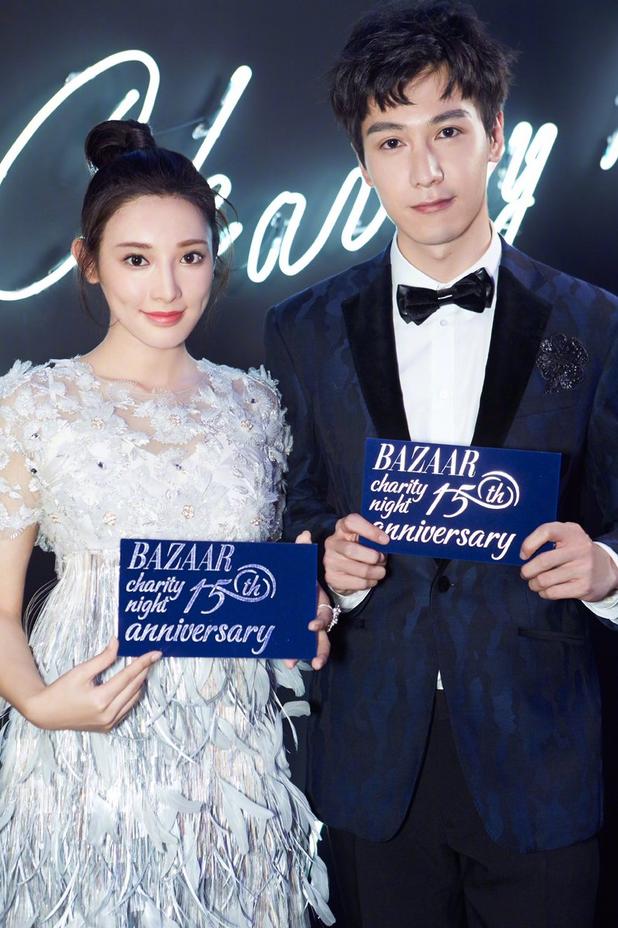 Yang Yang might not have come but his brother did! Lol! Xing Zhao Lin.

How is it possible to look this pretty?! Lu Han.

Lay also adorable with his bowtie.

Oh no!!! What’s going on with this hair Jing Tian!!

Awww its Guo Jin and Huang Rong!! Li Yi Tong and Yang Xu Wen. They were so awkward and stiff on the red carpet. Newbie nerves.

Ruby Lin in a maroon sparkly dress so Wallace Huo can only shine with his flawless skin. hehe.

Victoria Song. The bottom of the dress is a bit inconvenient and restricting.

Wu Chun…..reuniting with Angela Chang! They were OTP in Romantic Princess! 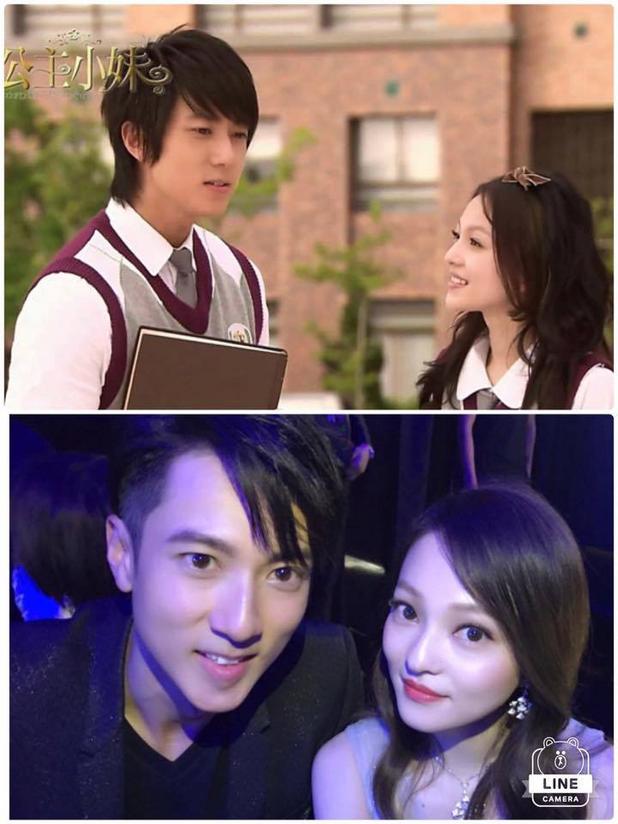 Husband is busy so Michelle Chen went alone. I like her white dress. Cute neckline.

Ady An and her hubby.

Last three couples, probably my favorite of the night. Li Ying finally appeared adorable at an event! She topped weibo too for her sweet, short hair.

Unfortunately, she walked the red carpet alone. WHYYYYYYYY!! They even arranged for her to sit at a different table from Shawn Dou despite being on the same team. Tskkk tskkk.

But no worries, I have hunted down their moments on stage! She was next to Ma Su first, then Shawn somehow was next to her and they were chatting up a storm in the back.

What did they say to make you two look so adorably shy?

Li Ying’s smile in the moment. 😉

Saving all my favorites for last!! Tina Tang and Zhang Ruo Yun. This is his first time to Bazaar Charity Night. And their first public event together too. Their red carpet is hilarious, with him acting like a cameraman, pointing direction so they can turn to the right camera at the same time. hehe!

This is so also soo cute I was squeeing away. Zhang Ruo Yun is saying how doing charity is the greatest invention, he hopes that their contribution will be able to help a lot of people. At this point, Tina is trying hard not to draw attention to herself, so she isn’t looking at him, but he *taps taps* her on the shoulder to get her attention and points to himself and ends with a sweet statement, hoping he and Tina would remain forever as kind people. OMG. WHYYYY SOOOO CUTE?!!

Nothing much here, just singles looking at a couple being lovey dovey. Lol.

First public appearance for Boran Jing and Ni Ni. He took good care of her the whole night. Check out the gif below of him performing boyfriend duty despite it all!

You see what Boran did?! He looped through the ladder built by Victoria, Jiang Xin, Yang Zi, and Ady An (Awww they were helping each other down the steps safely) to get to his ladylove. Lol.