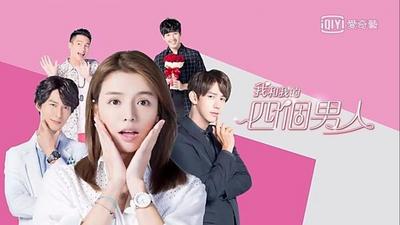 Although Taiwanese dramas are what got me hooked on Asian dramas in the first place, since I’ve started watching the Chinese costume dramas, it’s been awhile since I’ve watched any. Then I saw the trailer for this series starring Tia Li who has been a supporting actor in two of my fave T-dramas, “Miss Rose” and “Marry Me Or Not”, alongside my favorite second male lead from “Fabulous Boys”, Hwang In Deok, and decided to add a modern drama to my current rotation of shows.

“When a Woman Chases a Man” 《我和我的四個男人》- (aka Jojo’s World) – is about a 30 year old woman who suddenly finds she is running out of time to find a guy if she wants to start a family. Lin Chun Jiao “Jojo” (Tia Li) has recently lost her father and lives with her stepmom and brother while working in sales for a kitchenware company with her GBF, Bi He. The show’s Chinese title translates to “Me and My Four Guys” and that’s the basic premise of the series.

Jojo’s work nemesis, Ding Shu Qi (Sharon Hsu, One Night in Taipei), makes a bet with her that she won’t be able to make her team’s sales target by making a big sale to Fu Rong Hotels.

After being thwarted at reception, Jojo helps catch a rejected interview candidate who starts a trash can fire and then uses the distraction to sneak in to meet with the General Manager, Yi Sheng (Hwang In Deok). Because he recognizes her as a woman who saved him after a car accident years earlier, he instead hires her to work as his assistant and she decides to use the opportunity to find a way to make her big sale. (I would love to be able to take a year off from one job to work another.) Yi Sheng also happens to be her upstairs neighbor with whom she had a strange encounter previously, and he’s a mysophobe with OCD and a particular way he likes things done. 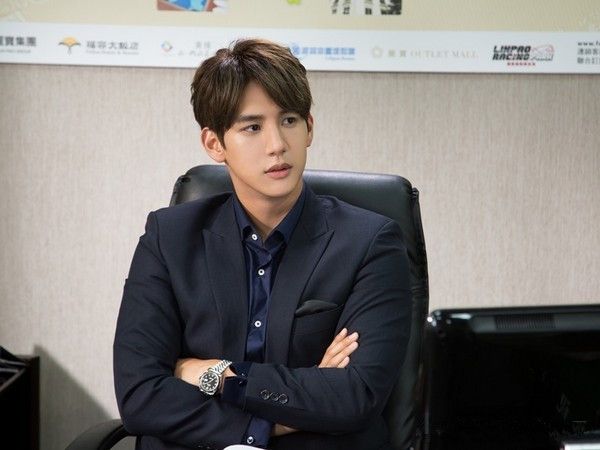 As she starts her new job, an incident with a falling bookcase results in a trip to the hospital where an exam ends up revealing that she has premature ovarian failure (wow, who knew they were so thorough when checking for possible concussions). Saddened by the news, Jojo leans on her buddy, Li Bi He (Jason Hsu, “Love By Design”), who promises to marry her if she ends up not being able to find a husband, though he actually harbors a crush on Yi Sheng. 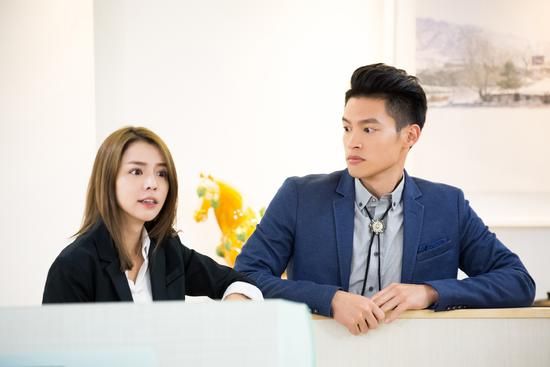 While trying to sort out her personal life, Jojo perseveres at her job, trying to figure out a way to impress her boss and convince him to agree to a sales contract. She finds an ally in Ma Ke Wang (Ma Nian Xian, “A Good Day”), the Chairman of Fu Rong and a dead ringer for her deceased father (and technically the fifth guy of this series given the father figure role he plays). He decides to play matchmaker to get her and Yi Sheng together. Of course her nemesis, who is also a former classmate of Yi Sheng’s, would rather not see that happen.

Then Jojo reconnects with her college ex, Tang Zai Qin (Taiwanese singer, Yan Yen-J), who is now a fertility doctor. We learn that when she saved Yi Sheng years earlier, she also ended up missing a flight which ended her relationship with the future doctor. But now that they’ve reconnected, she hopes he will be the father of her children, though the doctor’s assistant has other plans.

And then there is guy number four, a university student all the girls love named Zhang Xiao Shuo (Andy Wu, “Life Plan A and B”), who is friends with Jojo’s brother and is also a talented artist. After Bi He helps him get a job at her company, he designs a coffee mug with a caricature of Jojo and often likes to draw her covertly. Based on the opening credit sequence, it looks like he will eventually be pursuing Jojo as well.

At first I didn’t think I’d like the show. The lead has a lot of “I’m going to be shrieky and unreasonable” moments that were annoying, the stupid girl fight scenes I could do without and, within the first 7 episodes, the writers have already used the “oops, I drank too much” trope waaaay too much.

But then there came this scene in episode 3 when Jojo is lamenting how no matter how hard she tries, nothing seems to work out for her and it feels useless to try. I have to admit I got a little teary-eyed as I was just going through my own work issues and feeling those exact same sentiments. Plus it reminded me of how much I enjoyed Tia Li’s past roles and how great of a performance she can give with the right materials. (i.e. A scheming, corporate climber or a sweet, but naive coffee shop owner.)

Also I like Hwang In Deok and am happy to see him as the lead. (I haven’t watched him in “The Four Horsemen” yet.) This part is actually somewhat similar to his role in “Fabulous Boys” where he plays another stoic, caring guy nursing a secret crush, though it looks like this time around, he won’t just sit back and do nothing.

I’m not quite as invested in the rest of the guys on the show. There doesn’t seem to be a lot of chemistry between Jojo and her ex, and Xiao Shuo has only recently been introduced so I’m waiting to see how his storyline plays out. Jason Hsu as the gay best buddy is a girl’s best friend, though maybe a bit too aggressive with guys who are very obviously not playing on his team. As I watch him become everyone else’s shoulder to lean on, I’m hoping the writers will eventually give him a love interest of his own so we can see him do more than play Cupid and fashion advisor.

I’m also hoping that the writers will stop writing Tia Li’s character as if she was fresh out of high school and start to let her mature a little more into kooky rather than crazy. They have given her some good scenes like the one at the cemetery with Yi Sheng, as well as when she and Ding Shu Qi decide to lay down the claws and have drinks together as friends, and I’d like to see more of that because she’s at her best in those scenes.

The show is scheduled to air through November and I’m impatient to see how the story will unfold especially as a recent promo for Eps. 9 has promised a pregnancy in the next episode. (Wait, what? So soon?) Unlike the Chinese shows that release several episodes a week though, this show releases just one episode each week so I’ll have to be patient. You can find it on Viki.com with English subtitles each weekend.