GAHH. I’m so happy for Jacky Wu Jing! Feels like crying right now for his success; if the movie didn’t do well, he would have suffered financially since he risked his personal savings (house deed, etc) because of the lack of funding in the beginning (hiding it from his wife too!) I do have a soft spot for martial artists actors and always feel like they are not appreciated enough in TV series these days hence most move on to doing action movies. Just like Ashton Chen Xiao Long, still doing supporting roles here and there (leading roles in small productions), waiting for his big break. Anyway, Wolf Warriors 2 has surpassed The Mermaid, becoming the highest-grossing film of all time in China (after 12 days). Previously crowned, The Mermaid production posted a congratulations message on weibo and you can see Wu Jing’s meme in high-fiving a fish. Hehe! Aww! His success right now is the result of constant hard-work. He also kicked our Li Ying off the #1 spot on Vlinkage for some days. Lol.

Wu Jing’s Background and Other Tidbits: 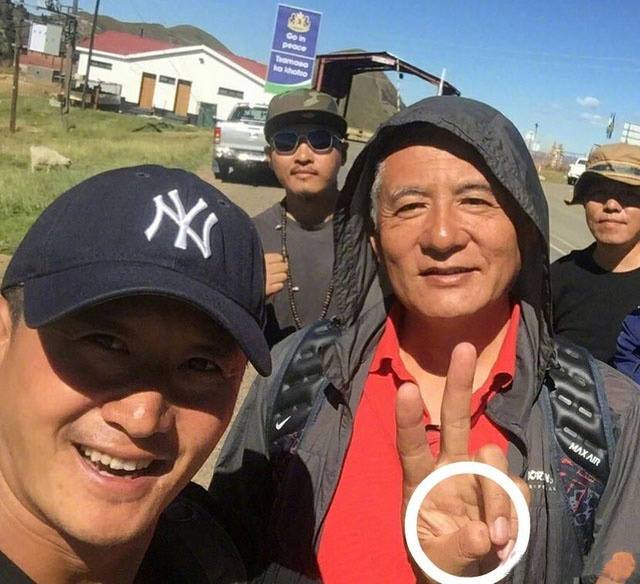 I think if you have only started to watch tv dramas recently, you probably won’t recognize him as he has transitioned to the movie industry for quite some time now. I knew of him when he first started out in tv dramas. He was born missing half of his left thumb and started learning martial arts when he was 6 years old. At 13, he became a disciple under Wu Bin, head of the Beijing Wushu Team, who also taught Jet Li, Donnie Yen, among many others. Wu Bin initially didn’t want to accept Wu Jing because he believed the difference in power between two fighters is in their thumbs and Wu Jing is missing half of his. When he injured his legs severely in 2014 because of his refusal to use stunt double, many considered him as old/decrepit and was leeching off his wife. What an unpleasant thing to say about a partnership in marriage. T___T 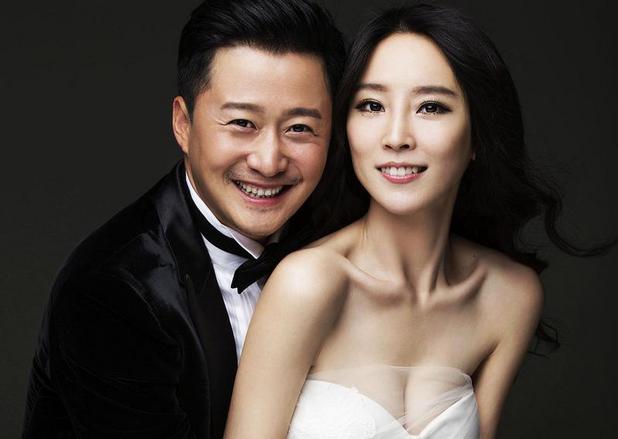 His wife is MC Xie Nan and friends tease that he married well and he does accept it generally like a compliment since she did confess to him that if he doesn’t have money, she will support him. She also told him to keep dreaming but please don’t push his luck with life-threatening stunts (aww). She’s a keeper! Even on their wedding day, he had to be on crutches to come to her. When his wife was pregnant with their son, he felt blessed and burdened because he was injured and she took care of a lot of things. Then when the child arrived with breathing problems, they were told to be prepared that he won’t make it. OMgaad. His life. The boy is healthy now and it’s his greatest blessing.

To Wu Jing, a martial artist using stunt double is a slap to the face. “Working hard is a form of happiness,” he says.

My first drama with Wu Jing was Taiwanese drama Legend of Dagger Li in 1999 with Vincent Jiao and Alyssia Chia. Adapted from Xiaoli Feidao series, a wuxia novel series by Gu Long. This is the peak of Vincent Jiao’s popularity in my home and Wu Jing played his adorable sidekick. Let me just say that in the midst of wide-eyed admiration of flying little daggers, blood was drawn in my household. LOL. Things kids do in imitation!

Opening Themesong. They remastered this themesong from the 1978 version. You can see a younger and less famous Fan Bing Bing running around too as a supporting character.

You know the drama is old when chyron appears onscreen to introduce characters and their skills. LOL. Brings me back so far. This is Wu Jing in The Tai Chi Master in 1998 in his various battles with Kung Fu masters.

And I fell completely for him in 2003 A Chinese Ghost Story with a white-haired Jessica Hsuan. (Though Nie Yuan’s one-sided love also killed me too during that time.)

You see, you never know when your life will have a great turn around. There are lucky celebrities with a smooth ride to popularity and there are hard-working ones who don’t get the fame or recognition until later in life. Then there are actors who never get the spotlight but are satisfied to keep doing what they love. Timing and grabbing a hold of opportunities are important. To that I say, keep charging forward!

I will probably spend a good number of hours at the theaters next week to catch Wolf Warriors 2 and Once Upon A Time. I know WW2 is nationalistic fluff but for it be be rated a solid 7 on both douban (chinese audience) and imbd (international audience) is a good sign of some sleek stuff.