Webdrama Hero’s Dream (天意之秦天宝鉴) is adapted from a sci-fi novel Heaven’s Will written by Qian Li Fang. Not much about the novel is talked about but the vague synopsis describes the journey of a young talented lad (Ou Hao) after he’s offered an opportunity by a mysterious man to change his life. His character becomes the god of war – the Great General Han Xin, who served under Liu Bang (Zhang Dan Feng) and contributed to the founding of the Han dynasty. The promises of intriguing power plays, manipulations, and mysterious unknown forces all come together for (hopefully) an excellent re-imagining of history.

Our hero, Oho Ou Hao as Han Xin, a military general who served Liu Bang, known as one of the “Three Heroes of the early Han dynasty”, along with Zhang Liang and Xiao He.

Heroine, Hai Ling. She’s a time-traveler in the novel…. not sure how it’s written in the drama script. 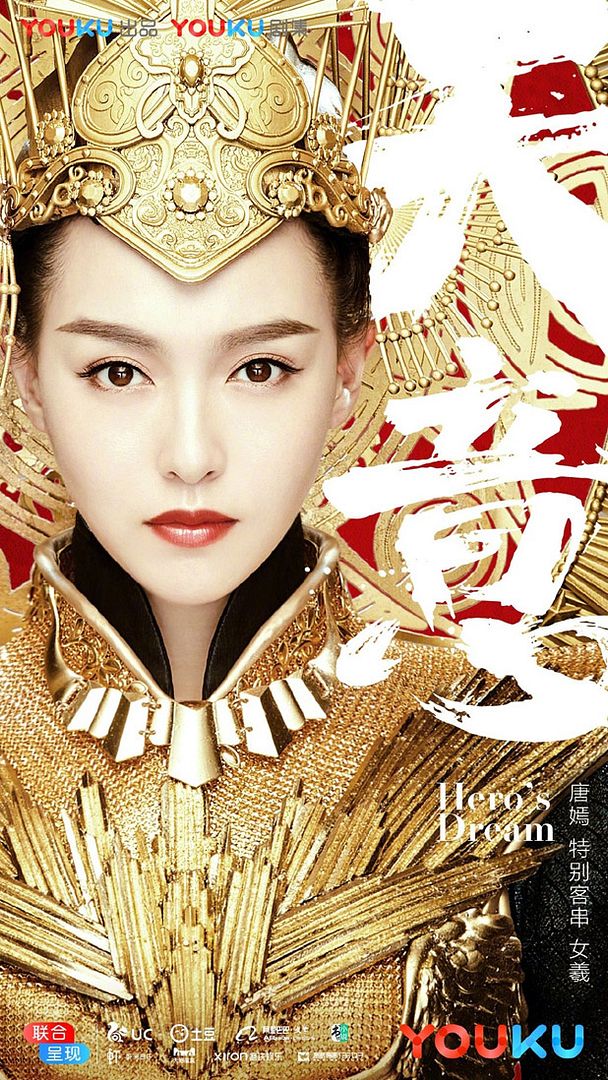 Li Yu Xuan as Zhang Liang, a strategist and statesman in the early Western Han dynasty.

Li Gan as Xiao He; served Liu Bang, the founder of the Han dynasty, during the insurrection against the Qin dynasty, and fought against Liu’s rival, Xiang Yu.

Tian Yi Tong as Consort Yu aka “Yu the Beauty”, concubine of the warlord Xiang Yu, who competed with Liu Bang (Emperor Gao), the founder of the Han dynasty.

Mi Lu as the empress consort of Emperor Gaozu, the founder and first ruler of the Han Dynasty.

Via: 01 + Wiki for historical Lessons