Eeee! William Chan is keeping his facial hair intact, at least beautifully maintained, for his new role in Age of Legends. He looks mighty hot. Lol. I know, so so shallow.

=======> ♦ Huang Xiao Ming‘s new drama, The Years You Were Late, adapted from the novel written by Jin Ling Xue. He stars alongside Qin Hai Lu and Cao Bing Kun. And now we know why he bowed out of Here to Heart with Janine Chang. I guess Xiao Ming is tired of playing Rich CEO cause he’s playing a soldier in the new drama. Lol. A story about missed chances and reunions. 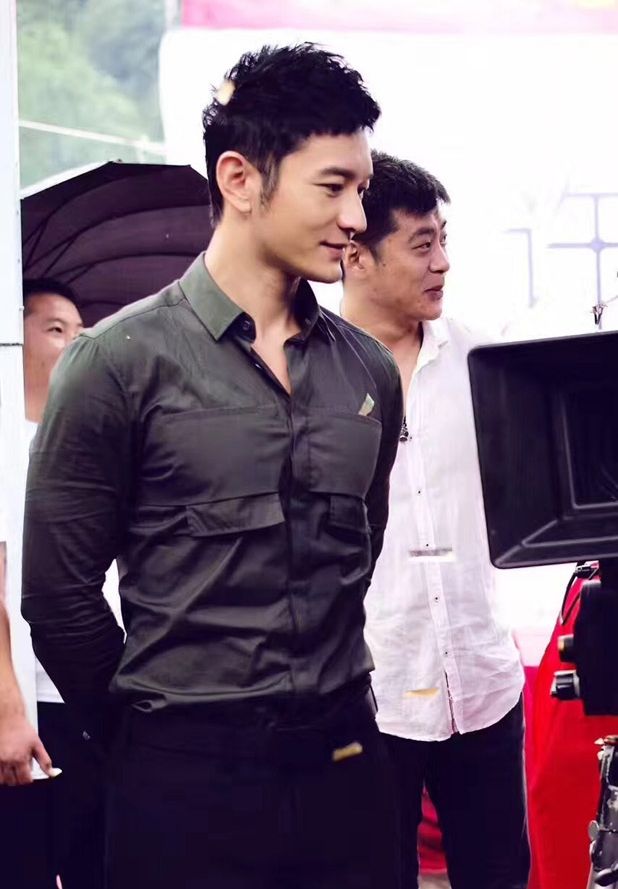 =======> ♦ Shu Chang and Sun Jian are the OTP for drama remake of movie Meet Miss Anxiety which starred Zhou Xun, Tong Da Wei and Wallace Chung in 2014. I love the confidence she’s radiating in that spiffy red dress suit!! Booting on 8/1/17.

Sebrina is in yellow below. I didn’t even know she’s in here!

A small press conference! This drama is going all out with promos.

Short hair is the new do. Everyone looks great!