First peek at the styling for drama Heavy Sweetness Ash-Like Frost is out! The costumes range from simple colors to gorgeous details, which I think is an attribute to the simplicity of our heroine and the hero’s royal background. Yang Zi is becoming a workaholic now, hopping from one production to the next. Be careful of your health, Missy! Deng Lun is starting to lead more productions so he has to strike while it’s hot. A good thing I adore them together, from past productions to now. Great friends, they are, so it will be a great few months!

Synopsis Written after I read the First 5 chapters: Heavy Sweetness Ash-like Frost (香蜜沉沉烬如霜) is the drama adaptation of the same-name novel written by Dian Xian. It follows our naive heroine (but with funny antics, I read), daughter of the Flower Goddess and Water Deity, who’s fed an unfeeling pill while two sons of the Heavenly King fall head-over-heels in love with her. Her mother, the Flower Goddess, doesn’t want her daughter to be like her – afflicted and tormented by love, hence she feeds her little daughter the unfeeling pill before she dies. Family history of both sides doesn’t help; with the Heavenly Empress full of jealousy and considers the Flower Goddess her love rival. Our male lead is the second son of the Heavenly King, known as the most beautiful of the six realms. His brother, described as calming, actually has an underbelly of schemes and uses the heroine to his advantage, successfully making her believe the hero killed her dad. With vengence in mind, she drives the knife into the hero’s heart, killing him on the spot. As she watches him fade away, he asks whether she has ever loved him, and she gives him a heartbreaking no. He vanishes into thin air and it’s that moment when she throws up the unfeeling pill, all bottled-up emotions flow through, opening her heart and eyes to the feelings of love. Thus begins her journey to revive him but he’s become the high and mighty Demon Lord. Dun Dun Dun!! [Credit: Kappy] 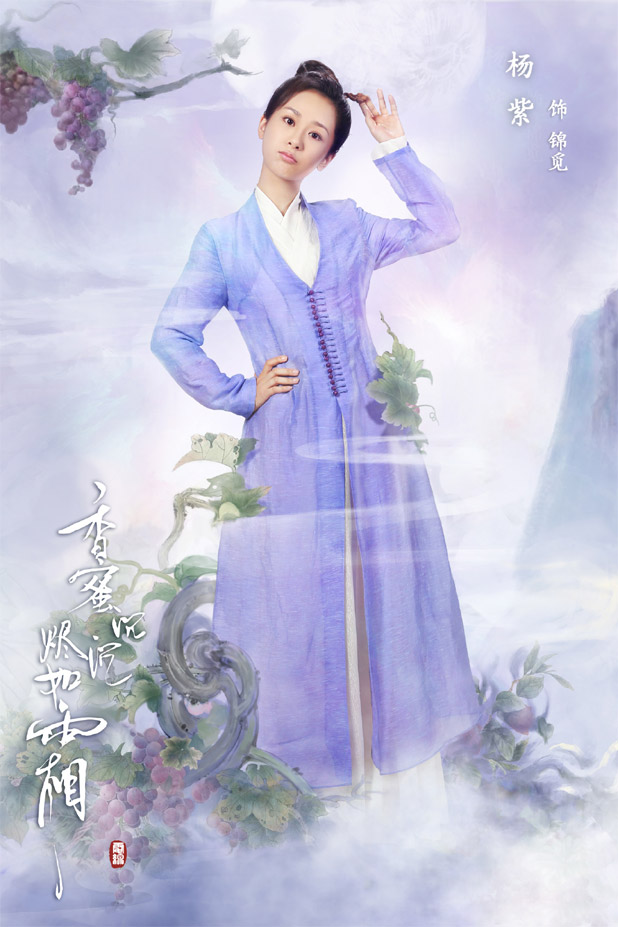 Leo Luo. The other brother!

Zou Ting Wei. Ohh, a lot of mask-wearers this year.

Where To Read The Translated Novel?

01. One Second Spring (decembi has completed the novel! Huge thanks!)