Random News that got my attention:

=======> ♦ Another cute trailer for movie Fist & Faith with Oho Ou and Jing Tian. They are seriously too cute for this world. GAHHH.

=======> ♦ Alan Yu Meng Long and Ju Jing Yi celebrate their birthdays this week and the production team of Xuan Yuan Sword Cloud of Han Dynasty (轩辕剑之汉之云) released a trailer for each of their character. Alan is sooo sooo pretty with white hair. Unbelievable! Together they are beautiful. I’ve heard of Miss Ju’s surgeries but she’s one of the few who doesn’t look too plastic-y (at least to my eyes).

=======> ♦ Posters Shooting for William Chan and Liu Shi Shi’s Lost Love In Time. All is good until they crack up!

=======> ♦ Jin Dong reunited with his brother Hu Ge at the Milan Show and decided to troll the camera. Lol. 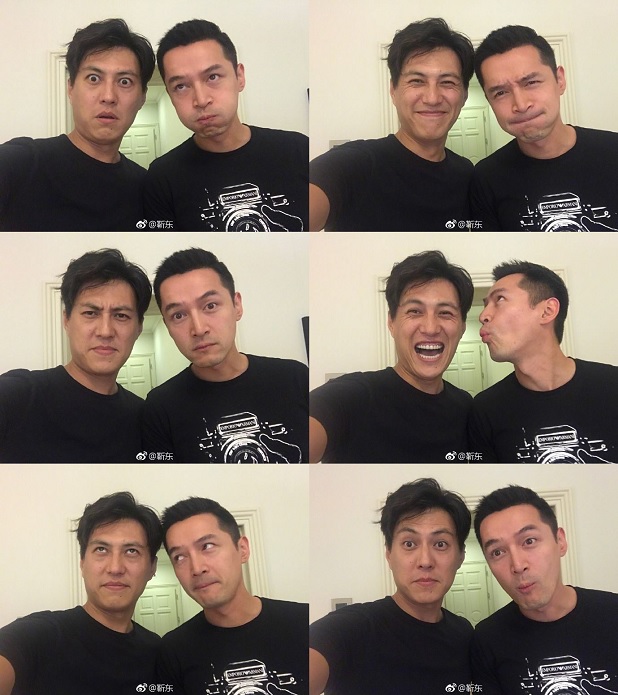 =======> ♦ Stairway To Stardom with Push and Song Yi has another OST by Li Qi. Have you been watching?

=======> ♦ Variety show-wise, did anyone catch the new season of We Are In Love yet? It’s up to episode 3 right now with Ryan Zheng and Real Girlfriend Yvonne, Ming Dao and Wang Ou, Wilber Pan and Wu Xin.

=======> ♦ 72 Floors of Mystery Episode 6. Li Ying is no joke when it comes to games. The girl is vicious! XD Her and Kris giving different nods when Leo asks them. BUSTED. HHAHAHAA.

=======> ♦ As Frea kindly pointed out in the cbox, The Advisors Alliance with Wu Xiu Bo, Liu Tao, and Janine Chang are also out today, June 21st!