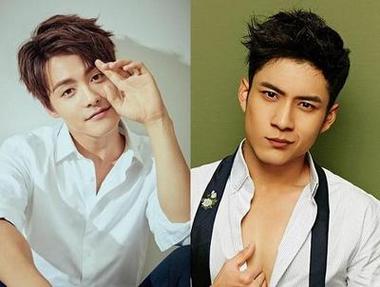 Finally! Some official news! Produced by Tangren so it makes sense to see Elvis Han here but I’m so excited for my puppy Ma Tian Yu in a leading role also! Names like Dong Jie adds a grandeur to the production too. Three Kingdoms Secret or better sounding as Secret of The Three Kingdoms (三国机密) is the upcoming novel-to-drama adaptation written by Ma Bo Yong, focusing of course on the epic period known as the Three Kingdoms but switching the perspective a little (away from Zhuge Liang), following the ups and downs and imperial changes of the Eastern Han Dynasty on Cao Cao’s side. They drop the first set of characters posters an hour ago. Have a look at the youngins in these heavy roles!

Ma Tian Yu as twins – Liu Xie and Liu Ping. The twins were separated after the queen’s execution, one was raised to become a puppet emperor, while the other one was raised with Sima Yi. OH. Interesting. I’m excited for Ray! What a juicy role!!

Wan Qian (The Glory of Tang Dynasty) as Fu Shou, an empress of the Eastern Han dynasty. She was the first wife of Emperor Xian (Liu Xie), the last Han emperor.