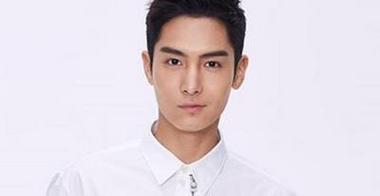 Fantasy novel Swire God aka Tai Gu Shen Wang (太古神王) written by Jing Wu Hen is the upcoming drama led by Peter Sheng Yi Lun. What a change in trajectory, just a year ago, he wasn’t getting paid by his old company, and lookie at him now, getting projects left to right. Though, criticisms for his acting are consistent. One weibo comment, “He should act in a drama about learning how to act.” Lol. Harsh, but I do hope he shows improvement in Oh My General with Sandra Ma.

The hunt for female lead begins!

Drama synopsis written by our new pirate, dramapotatoe (you’ll meet her soon!): Qin Wen Tian (Peter Sheng), the adopted son of the Qin family, was born a weakling. The Qin family was forced to make a joint marriage with the Bai family. The Bai family however, had their sights on the royal family and broke the marriage agreement with the Qin family, even going after Qin Wen Tian’s life. Qin Wen Tian managed to escape and at the same time, met with huge changes in the royal family, with the third prince Yi Tian Jiao taking the throne. The Qin family was accused of a crime and the whole clan was sentenced to death. Qin Wen Tian managed to escape and sneak into the palace, vowing to take down the culprit and rebuild Yi Country. Along the way, Qin Wen Tian made friends and joined the renowned martial arts sect, Jiu Hua Men. Coincidentally, he found out that the former crown prince, Yi Wu Wei was hiding out in Jiu Hua Men. Along with the eldest granddaughter of the Mo family, Mo Qing Cheng, Qin Wen Tian protected Yi Wu Wei. Battling Yi Tian Jiao’s coercion and his grandfather’s cunningness, Qin Wen Tian used his wisdom to overcome all sorts of challenges and finally helped the wise ruler, Yi Wu Wei take back the throne. In the end, Qin Wen Tian did not go after fame and fortune but rather stayed in Jiu Hua Men with Mo Qing Cheng and protected Yi Country.

Filming doesn’t begin until the latter half of the year.