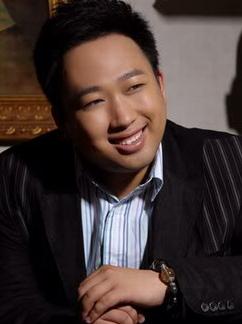 PUHAHHAHA!! I cannot stop laughing at the ludicrousness of this news. This morning, photos of Yu Zheng as a character in his upcoming drama Feng Qiu Huang with Guan Xiao Tong and Song Wei Long as leads, were revealed. Let me also make note the official English title is now Untouchable Lovers. Lol. I can’t believe it’s his first time acting! One would think with this passionate and somewhat unwanted voice in Wuxia, that he would have started out somewhere in jianghu. XD

For now, we don’t know what role he plays, but does it really matter when he butchers the novel by changing it and adding in unnecessary cliché elements, like long-term separation and amnesia? Instead of a time-traveler entering the lusty princess’ body, the heroine is now a look-alike placed in the palace as a weapon to overthrow the current emperor. They fall in love and somehow are separated, each not retaining their memory, until they meet 5 years later.