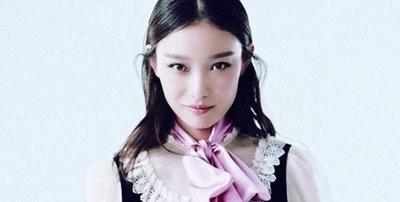 Alrighty. The OTP is complete! Upcoming period drama, The Rise of Phoenixes (凰权弈天下) has confirmed Chen Kun months ago and now Ni Ni is a positive addition. The Rise of Phoenixes is based on the novel Huang Quan written by Tian Xia Gui Yuan (pen name). Our male lead is a scheming sixth prince Ning Yi (Chen Kun). Female lead, Feng Zhi Wei (Ni Ni), is an illegitimate daughter of a kingdom who is later framed for a crime and evicted, which leads to her cross-dressing into a famous academy and shines with her keen intelligence. She then seeks vengeance against those who wronged her. This sounds pretty awesome based on the reviews and it’s nice to have our both of our leads as smart and cunning people, sometimes cruel in order to obtain what they want.

Chen Kun….I keep seeing Ma Tian Yu in his posters. Lol. They could be brothers!

It is directed by close acquaintances Shen Yan and Liu Hai Bo, who have worked together numerous times before, including Through The Mystery and Chinese Style Relationship. Participating in the script includes novel author Tian Xia Gui Yuan, Zou Yue (Beauty at the Crossfires), and Wang Pei. The Rise of Phoenixes begins filming in April.