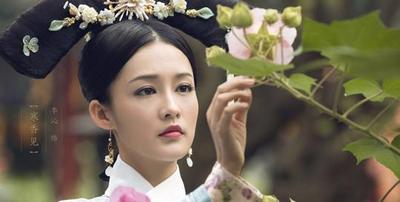 Palace drama Ru Yi’s Royal Love In The Palace (如懿传) is adapted from the novel written by Liu Lian Zi, following the marriage between Qianlong Emperor (Wallace Huo) and Ulanara (Zhou Xun), the Step Empress during the Qing dynasty. I honestly don’t think this is my type of story; countless number of scheming ladies conspiring for and against each other. Lol. The new batch of stills only consists of half of the ladies thrown in the pitting box to fight for Qianlong’s affections. One hell of a lucky role for any male actor.

I do hope I get all the names right. Lol. Let’s start with the big baddie.

Li Qin as Consort Xiang. Taken in when her tribe was captured. Cold and quiet with a goal in mind.

He Hong Shan as Concubine Mei. Used as pawn by the empress dowager to do dirty work in the harem. Awww, the poor little girl is so pretty! Lol.

Chen Hao Yu as Consort Shu. Straightforward and infatuated with the king. He feeds her medicine to prevent pregnancy and she commits suicide after her son dies in infancy.

Zeng Yi Xuan. Concubine Shen, a maid who rose the ranks and used by Qianlong to spite Ru Yi.

Han Dan Tong as Noble Lady Yi. A maid who falls under Qianlong’s charms and is promoted. Later, schemed against Ru Yi, thinking she’s the cause of her miscarriage.

Zhao Ke as Consort Yu. Early favorite but lies about Ru Yi’s affair and is thrown in the torture chamber.

Beautiful sight isn’t it? But I don’t suppose we’ll be seeing a lot of these scenes…

Directed by Wang Jun (Four Generations Under One Roof, The Firmament of The Pleiades), Ru Yi’s Royal Love In The Palace is based on the long-running novels Harem: Zhen Huan Chuan written by female writer Liu Lian Zi who is also the script writer.