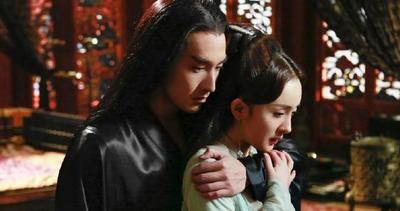 Here we go! Finale Discussion for the most popular C-drama at the moment. Call it what you want, Three Lives Three Worlds Ten Miles of Peach Blossom aka Eternal Love aka To The Sky Kingdom.

This piano rendition is so soothing to my soul. I will post the OST soon. It’s just that the instrumentals are missing.

Some Questions You Might Want to Ponder About In Your Review (Thanks to Dan for them!):

1. Did the drama do a good adaptation of the Novel? What would you like changed?
2. What is your favorite thing about the drama? Naturally, Least favorite thing.
3. Do you guys think that BT is actually in love with YH, or does she love MY but just doesn’t know it?
4. Did Mark and Yang Mi bring their respective characters to life? Did Dilraba and Vengo surpass your expectations?
5. Would things have been different if YH’s mother had accepted Su Su initially as a wife for her son and kept her there after the whole eyes debacle and treated her right? Would BT still feel betrayed by YH?
6. What would have happened had YH ignored conventions and simply brought the ‘mortal’ Su Su to heaven instead of trying to hide her?
7. Would you consider the drama a successful adaptation?