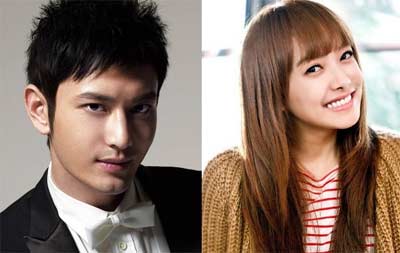 A Life Time Love (上古情歌) is an ancient drama adapted from Tong Hua’s novel, Once Promised (曾许诺), starring Huang Xiao Ming and Victoria Song as leads. They have been hushy hushy all last year and only released unofficial fantaken stills now and then, but we finally have ONE single poster to pique our curiosity. Lol.

Since it’s only one big poster, I’m gonna crop it into smaller posters so you guys can see their faces and costumes better. The styling looks good. YESH!

Directed by Cai Jing Sheng (Flying Swords of Dragon Gate TV) and written by Tong Hua, A Life Time Love has 54 episodes with no air date yet.