I know I’m no longer twelve but the thought of having a snow day off from work tomorrow sends me into cloud 9!

=======> ♦ The cast of Song of Phoenix (思美人) performed at HNTV Spring Festival. Ma Ke and Qiao Zhen Yu were singing the thememsong while others had various roles throughout the whole performance. Check out that and the third trailer below. I’m losing track of the trailer #…. Slated for a slot in the summer on Hunan.

=======> ♦ Trailer for Zhang Zhe Han and Park Min Young‘s modern drama, Castle in the Time (时光之城). With the ban in effect, I don’t think we will be seeing this one anytime soon. Zhang Han is the most affected by this ban with his consecutive Korean co-stars (Braveness of the Ming, The Legendary Tycoon). I’m not upset for him. Lol. A lesson learned dearie!

=======> ♦ Hawick Lau‘s modern drama with Angel Wang Ou, Full Love or Weekend Parents (周末父母), will premiere on 2/12. This is competing with Yang Mi’s drama. Sigh. What did you two ever do?! Watch Trailer below.

=======> ♦ New Posters for The Qin Empire 3 (大秦帝国之崛起). A tribute video was released before the New Year. The background song… *chokes* It will premiere on 2/9 on CCTV.

=======> ♦ Romcom movie A Nail Clippers Romance (指甲刀人魔) with Zhou Dong Yu and Joseph Chang might premiere this summer. It finished filming in 2014. They are so gangsta! 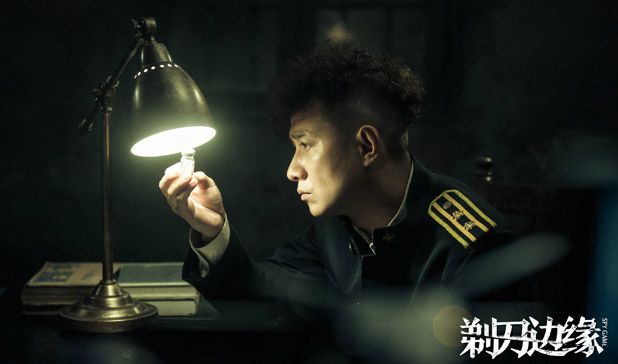 =======> ♦ Action director of Martial Universe posted on his weibo a pair of scratched up hands. It belongs to Yang Yang. Aww, the poor thing does his best. The caption says, “A good actor who constantly gets hurt but always replies with a smile.” 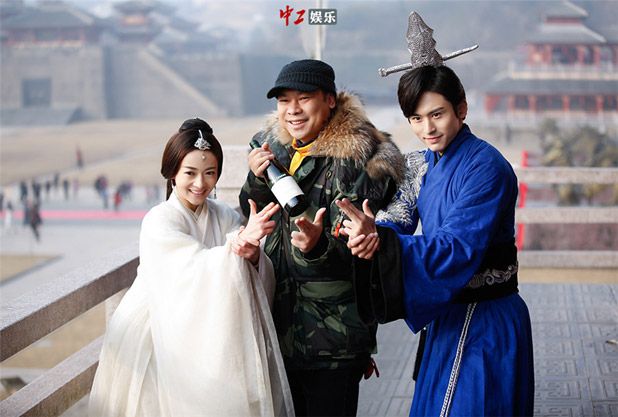 =======> ♦ Aaron Yan is back to playing the second male lead in Lu Yi and Amber Kuo‘s drama, The Taste of Love (亲爱的味道). Lol. Second time in a roll. Are you trying to lead the second lead syndrome ship? Sorry, Mao Zi Jun has that trophy in spades. XD

=======> ♦ After My Little Princess with Zhang Yu Xi and Mike Pirath, the second installment is Dear Prince (亲爱的，王子大人), they would like to keep the whole cast.

=======> ♦ Chinese film adaptation of Japanese Novel, 5 Centimeters Per Second (秒速五厘米), written by Makoto Shinkai, has cast Lu Han and Zhou Dong Yu, with Dong Zi Jian playing the role of director and Lu Han putting his paw in as part of the producer crew. Oh a youngin’ collaborative project?

=======> ♦ The next installment of the Lover series is Bright Lover, after Tang Yan’s Diamond Lover and Zheng Shuang’s Jade Lover.)

=======> ♦ Hebe Tien and Boran Jing will sing the Chinese Version Themesong of Beauty And The Beast starring Emma Watson. GAHHH. I’m so pumped for this movie!

=======> ♦ Run Brothers Season 5 will continue with the same cast, without Angela for the first few episodes. In her place temporarily will be Dilraba Dilmurat. Wow. She will take over showbiz this year. Lol.

=======> ♦ After news of Tong Li Ya‘s hubby Chen Si Cheng’s cheating is exposed, Li Ya finally spoke up on weibo with a picture of her and her baby with the caption, “Starting over, ya ya jia you!”

But the upsetting part of this whole scandal is Li Ya’s father liking a statement on weibo that says, “Welcoming rainy and snowy challenges will train a heart to become patient, tolerant, and crafty. From then, happiness will come to you…” Is he telling her to forgive?

=======> ♦ Another of Yu Zheng’s managed artist caught with a strange man? Yang Rong. Lol. Fans are saying it looks like her dad. Miss Yang has yet to respond.

Obituary: Those Who left Us

=======> ♦ Veteran Actress, Lo Fun, famous for her role as the fierce tigress in Stephen Chow‘s movies, has passed away at the age of 63 due to pulmonary failure caused by dermatomyositis. She was a character! Condolences to her friends and family.

=======> ♦ Yang Mi and Hawick Lau appeared together with their daughter during New Year at a store. YAY!

=======> ♦ Four of the Seven Wives from The Duke of Mount Deer 1998 Version starring Jordan Chan as the hero, reunited at Mimi Chu’s concert recently. SO ADORABLE. Noel Leung looks amazing. The other three are Cherie Chan, Rain Lau, and Michelle Fung. The lovely TVB ladies. =)

=======> ♦ Chen Xiang brought Rachel Mao Xiao Tong home for the New Year. I love, love THIS COUPLE! It’s so good they are still together. Things are heading in the right direction. ^___^

=======> ♦ Li Ying finally got her black ninja suit. HAHAH. Is it from Eddie Peng since she did request one from him. *heart in my eyes* Caption is “Let’s Go Watch Duckweed!” Then Eddie replied that don’t think you won’t get recognized! Han Han responded to him, “Kneel down! Call your wife!” This family is so close with just less than 2 months of filming!

=======> ♦ Li Ying watched Duckweed at the theaters with a group of fans. Then answered some Q&A onstage. She looks adorable! Love the outfit. She even witnessed a proposal between two fans. Awww.