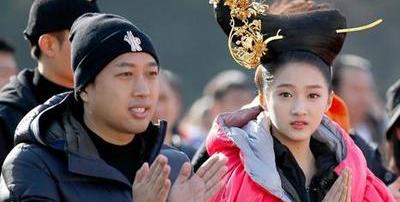 Two dramas began filming in the last two days. One we already know since Yumama made a big fat mess last time when pulling a switcheroo on us. The other one is headlined by Ma Ke. This kid has been working back-to-back since Hua Qian Gu. Lol.

If you recall, this movie has been remade sevreal times in theaters, in 1967, 1992 (Brigitte Lin, Tony Leung), and 2011 (Jet Li, Zhou Xun, Chen Kun); A drama adaptation in 1996 with Steven Ma Jing Tao and Eddie Kwan. The new drama adaptation is headlined by Ma Ke, Qi Wei, Shen Meng Chen, and Janice Man. The story is a battle between kung fu masters and the government-hired assassins who are out to kill the general’s last surviving children at a famous inn. Not sure how they are going to extend the story to become a full-length drama. 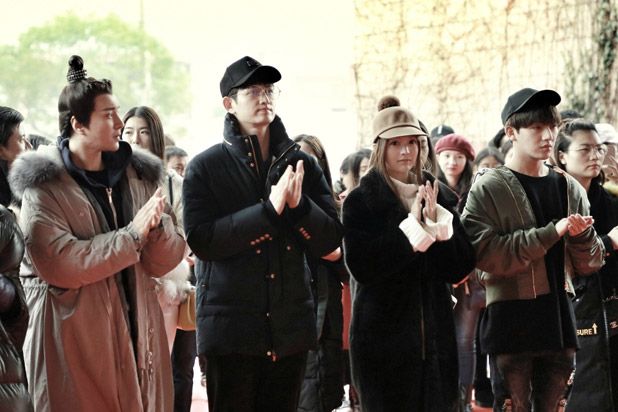 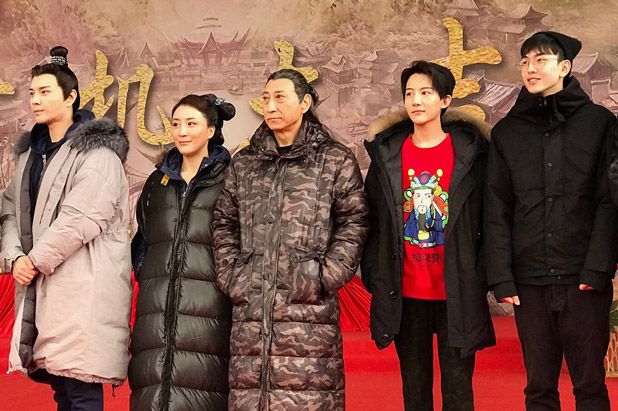 As you know from the previous related post, Guan Xiao Tong (Novoland The Castle In The Sky) and Song Wei Long (Demon Girl) are now the leading OTP.

Feng Qiu Huang follows the story of a modern girl who wakes up one day and finds herself in the body of Liu Chu Yu, a princess of the Liu Song Dynasty. The princess is known for telling her younger brother, Emperor Qianfei, about the unfairness in his harem verses hers, at which he granted her thirtysomething male concubines. That sounds awesome… only now our heroine has to finds way to survive, knowing that history isn’t on her brother’s side (he’s overthrown). Rong Zhi, our male lead, is one of the heroine’s mysterious concubines, who’s known for his scheming personality and slyness.

Guan Xiao Tong in the massive hairstyle was there with Li Zong Lin, Zhang Yi Jie, and Bai Lu.

I don’t know what thing on her head is…. 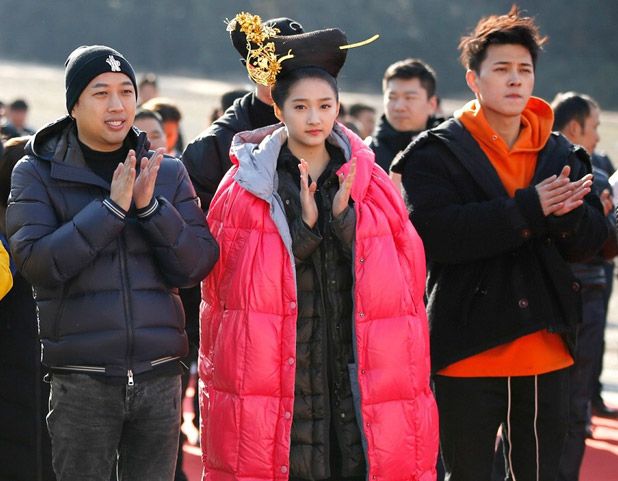 A picture of our male lead, Song Wei Long playing Rong Zhi, who was not present at the booting ceremony.