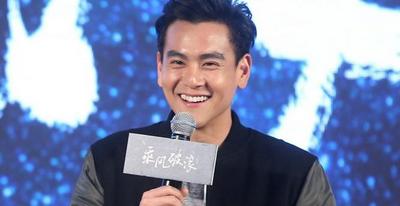 Eddie Peng and his hair. *breathes*

Dong Zi Jian. So cute-looking with his glasses!

English-Subbed Trailer for Duckweed by Tranzgeek:

=======> ♦ Directed by Derek Kwok (Full Strike, As The Light Goes Out), yet another adaptation of Journey to the West, this one called The Legend of Wu Kong or simply Wu Kong starring Eddie Peng (Monkey King), Ni Ni (Zi Xia), Zheng Shuang, and Shawn Yue (Erlang Shen). Premieres on July 13th.

Zheng Shuang as A Yue. Not sure if it’s the angle or not but she looks gorgeous.