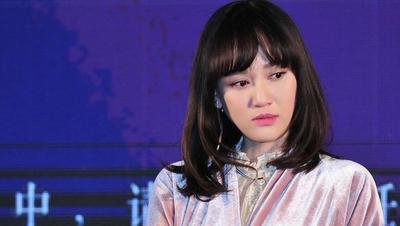 They say that time heals all wounds and I really wished this drama didn’t air so soon. If it is hard for us to talk about Kimi Qiao, imagine how difficult it is for Chen Qiao En, one of the few actresses that Kimi showed again and again how much he adored and loved her. Modern drama, Stay With Me, held its press conference today and it is a time of acceptance and civility. Everyone tried to keep the mood swinging but we can tell it’s no easy task. Joe took it to weibo later to express the thoughts that she couldn’t finish. A rough translation at the end of the post.

Exactly one week before I return to work. Kimi, you and I, must we be linked this way?

Joe dabs at her eyes after she’s asked about Kimi.