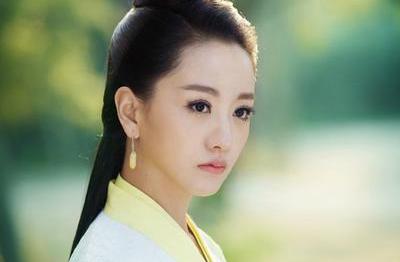 Good or bad news… With Hawick Lau‘s scandal still lingering, I feel bad for Yang Rong and the whole cast ensemble. Legend of the Flying Daggers is the fifth and final installment to Gu Long‘s Little Li Flying Dagger series. FYI, Zhu Yi Long’s Border Town Prodigal is the third installment. The novel follows Li Huai, Li Xun Huan’s grandson, as he wanders in jianghu to help the poor and uphold justice using his grandfather’s Little Li Dagger technique. How I wish Hawick could use those little daggers in real life and cut off the scandalous tail he has acquired for himself. Spare us and Yang Mi the pain. Lol.

Yang Rong as the top female assassin, Xue Cai Yue. In the end she has an ultimate battle with the male lead because his father killed her father. So pretty…

The person with the power to grab not one…BUT TWO martial artists!

I swear that looks like a Turkey painting my lito brother brought home the other day. Lol.

Kenny Kwan (The Classic of Mountains and Seas) as Li Huai’s best friend. He looks so handsome. Weeee ~ 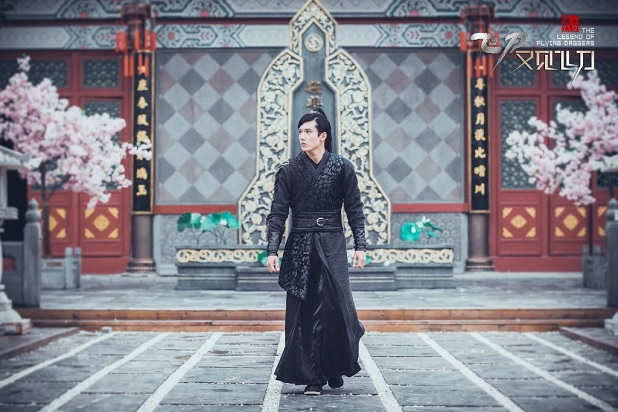 Gui Gui portrays Fang Ke Ke, a feisty, strong-willed pepper – second female lead who grew up with the male lead, Li Huai, and harbors a crush on him.

Huang Ming (Legend of Fragrance) as the male lead’s half brother, Li Zheng. 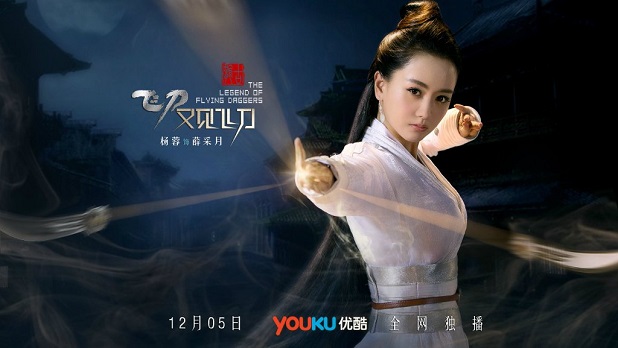 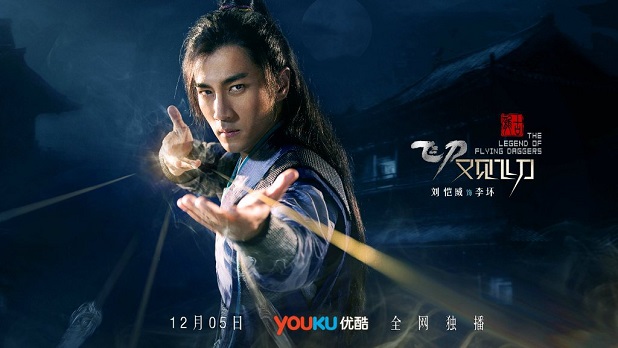 Legend of the Flying Daggers premieres on youku on December 5th with 42 episodes.