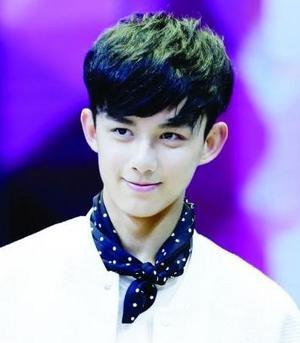 Our dear Leo Wu Lei as Xiao Yan was confirmed months ago, the others are not, but filming begins in December. Cross your fingers! Our male lead is described as a sly and unstable person. Lol. He’s crazy? That’s even better! His power is lost because it was absorbed by a spirit in his ring (given by his mother). The spirit needed his power to wake up from a deep slumber. The spirit then becomes his master.

Actor Baron Chen and Li Qin. Her profile says she’s playing Na Lan Yan Ran, Xiao Yan’s former fiancee who broke up with him after he lost his powers.

Janice Wu Qian, Xiao Cai Qi, and Xin Zhi Lei. Janice plays a girl with a poisonous body, Cai Qi is a childhood friend of our male lead, Xin is a snake woman.

The boys from Star Academy, Ringo Yu, and Carman Lee??!!! 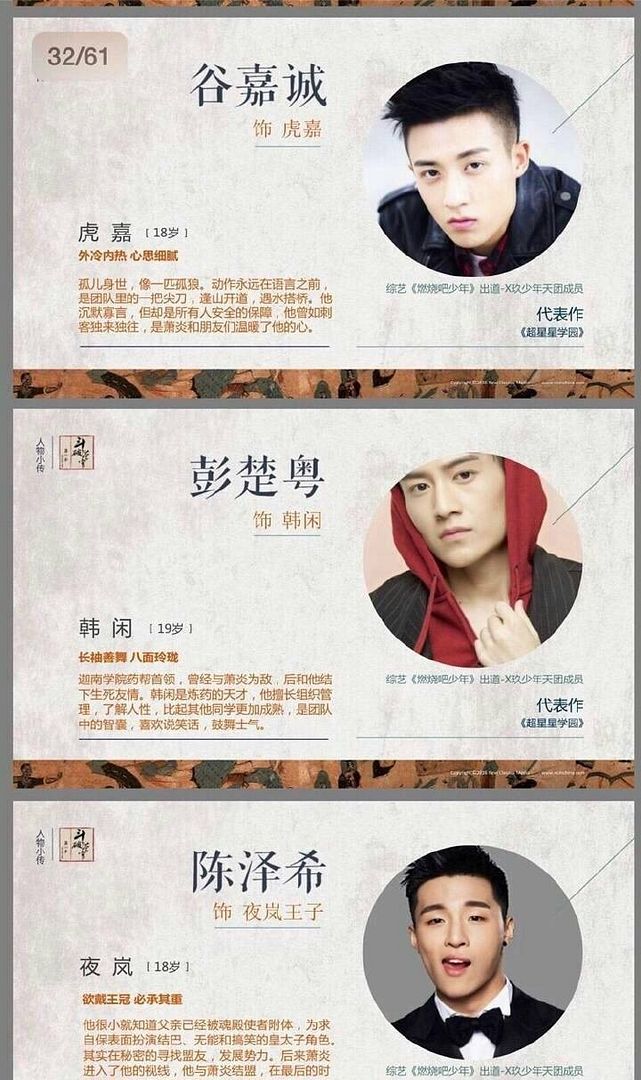 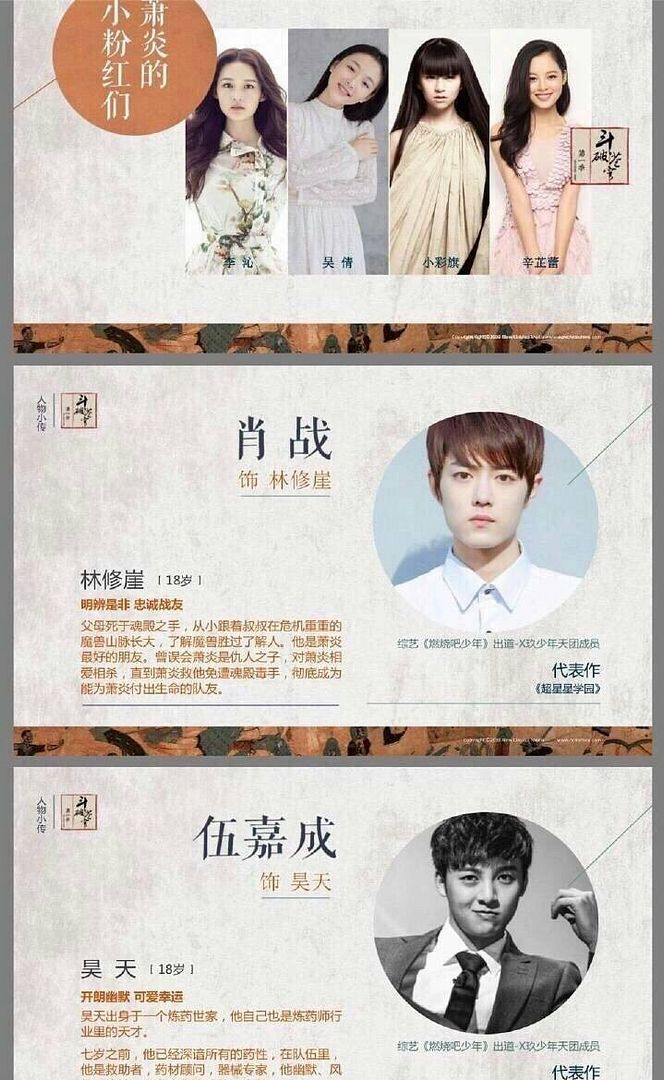