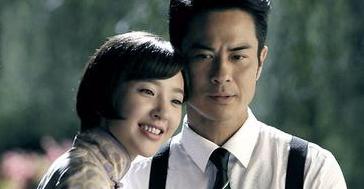 Yay! Another hand-to-hand combat drama! (I still need to finish A Fist Within Four Walls. Lol.) A great mix of actors from Hong Kong, Taiwan, and Mainland China. Handsome HK actor, Kevin Cheng, becomes a Tai Chi master in the upcoming period series, Tai Chi Master: The Door of Tai Chi (太極宗師之太極門). He is paired up with young Chinese actress, Tina Tang Yi Xin (The Legend of Chusen), and she’s looking pretty cute in all the stills. There is a short trailer and a whopping 38-minute trailer released so far. But, do watch the BTS clip that I uploaded. All these fancy action scenes are hilarious in practice.  Hee!

Ying Hao Ming. Ba Ye! Lol. Funny how he was a scardy cat in Mystic Nine but a fighter in other dramas.

Directed by Hou Shu Pui (The Legend of Fragrance) and written by Chen Ming, Tai Chi Master: The Door of Tai Chi has 40 episodes with rumored air date in either November or early next year.