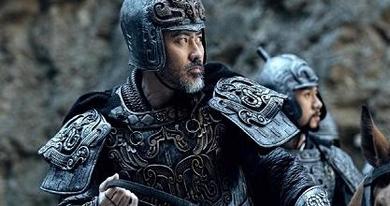 Wu Xiu Bo! As general Sima Yi, he’s often portrayed as the rival and villain in the story against Zhuge Liang from the state of Shu Han during the Three Kingdoms period. He starts out as a timid scholar and slowly morphs into a conniving politician.

Miss Liu Tao as his wife, known to be a “prominent politician, general and regent of the state of Cao Wei.” 8D

Janine Chang! She’s a beauty bestowed to Sima Yi from Cao Pi with the intention to spy on him. Unfortunately, she falls in love with Sima and helps him escape danger many times, putting her neck at risk.

Jerry Li Chen as the first Emperor of the state of Cao Wei, Cao Pi, second son of Cao Cao.

Cao Cao and his son.

Yu He Wei as Cao Cao.