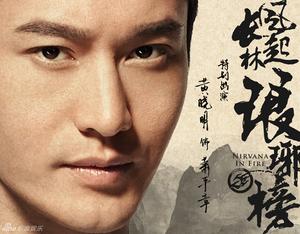 As we know the storyline will be different from part 1 and is called The Wind Blows in Chang Lin with only the Langya Hall still in place.

Tong Li Ya as Ping Zhang’s wife. Special guest role also. I’m guessing they are only in it briefly. Lending their names to the group of less-exposed faces. Smart move.

Qiao Xin as Xun An Ru. She’s one the girls in Ode To Joy.