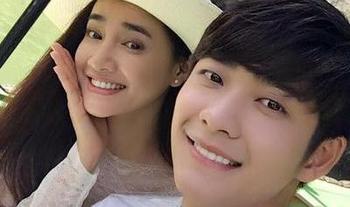 Wow, I can’t believe how much these two have grown! She lost that soft, youthful bounce and he has developed some muscles. This is one of the first Vietnamese dramas I wrote about two years ago [Read here.] They started filming Forever Young Season 2 this past May and had already wrapped up filming with an air date in line. Season 2 will dish out some answers to the open-ended relationship between Kpop fangirl played by Nha Phuong, and her Korean to-be boyfriend played by Kang Tae Oh. However, new characters and love interests will throw more wrenches in their relationship. The director revealed how fans will definitely root for our female lead this season.

I don’t know much else but the OTP pictures are simply romantic and dreamy.