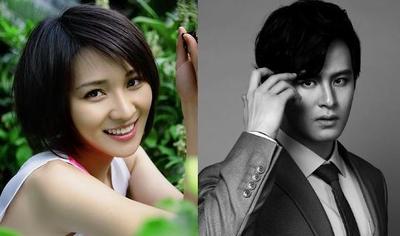 In this image, I get Ming Dao vibes from this kid…

Bu Fu Ru Lai, Bu Fu Qing or Not to fail God, Not to fail You, and popular translated on the net as Faithful to Buddha, Faithful to You (不负如来不负卿) is the next novel to be adapted into the small screen. Written by Xiao Chun (pen name), it’s a time-traveling story. Not once, but many times. The production is using unfamiliar and new faces for the leading roles. What a daring move because it seems like a well-loved novel online. Actress Chen Rong (1986, Brothers, Weddings Postponed) is the female lead, Ai Qing, and Niu Zi Fan (1994, a graduate from Shanghai Theatre Academy) is playing the famous Buddhist monk, Kumarajiva. The story follows an epic love story through time when a historian student successfully time-travels through time (many failed attempts before). This part reminded me of Louis Koo’s A Step Into the Past. She’s 23 when she meets our little monk who is 13 at the time, and their relationship begins as teacher and student (Xiao Long Nv and Yang Guo?), but he develops a crush on her ever since. Years passed for him but only mere months for her and they meet again when the little boy is at the blossoming age of 24. They recognize their love for each other but he is man with a divine mission and they suffer immensely. The third time they meet again, Kumarajiva is in the worst years of his life and she stays by his side through it all.

Sounds mighty angsty already, a type of story where OTP chemistry will make it or break it. Fighting!!

Arts of the Novel:

The supporting leads. Aliya (Novoland: The Castle In The Sky) and Yang Xin (Crazy Queen).