A line of them?! Well, at least that means we each can pick a favorite…without fighting. 8D

Never thought there would be a day where I can’t remember the names of pretty people. This amount of pretty young stars in one drama should be illegal! Super Star Academy I (超星星学园) is a star-launching vehicle for a truckload of new faces in the showbiz, most of them are singers and rookies. In this parallel universe, one’s super power is based on their horoscope sign. Interesting. Our heroine is shunned when she was a child so when invitation from the prestigious Star Academy arrives, she readily agrees, not knowing it’s the first step of awakening her own powers. She also meets and befriends the numerous heirs in the said exclusive school, forming friends and enemies along the way.

This sounds like Harry Potter and his adventures in Hogwarts. Yunno, the kitty version. Lol.

Our heroine, Wang Yu Wen (Rush To The Dead Summer). She’s very pretty, reminding me of Kim So Eun. 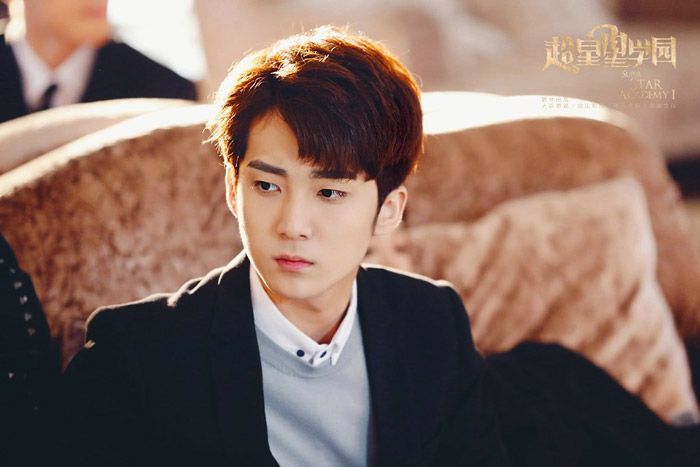 Super Star Academy I is a webdrama and premieres on QQ on September 29th.