Happy to have another slick spy drama to grace my screen. It’s a familiar Chinese-versus-Japanese plot, but this time it stars two sworn brothers who looks like they are willing to betray each other at the drop of the hat (as cute as the bromance is). This ought to be interesting. 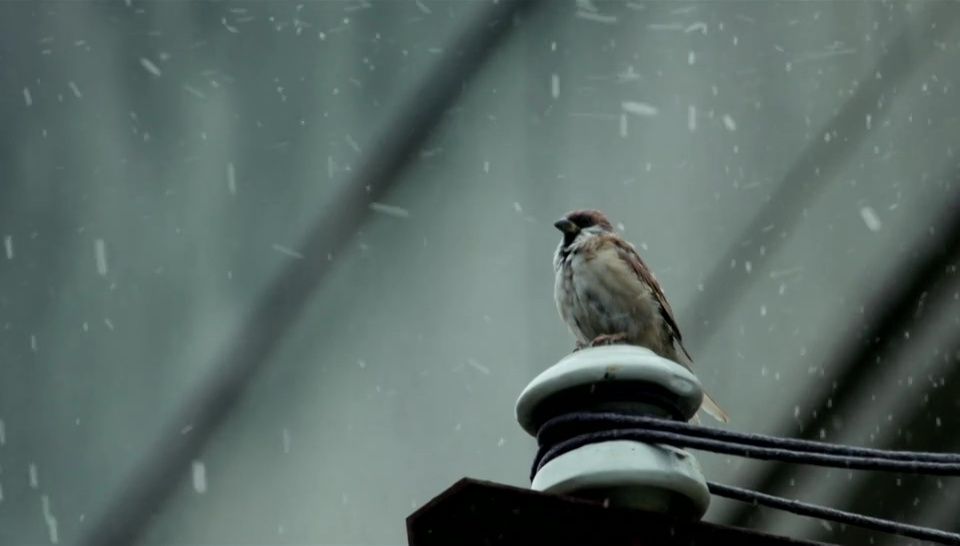 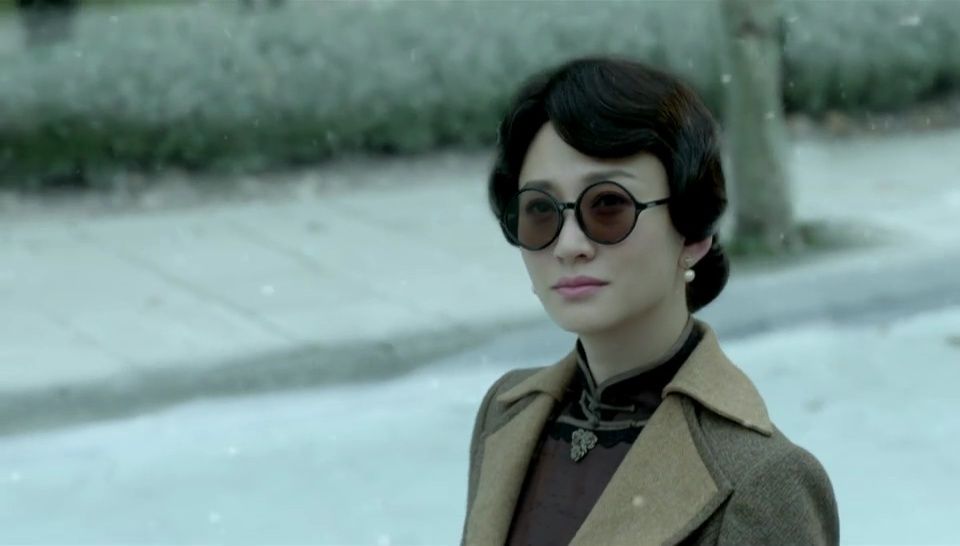 Shanghai, 1941. The Japanese agents has entirely infiltrated the Chinese puppet government and are suppressing all resistance from the inside. But some of the Chinese are retaliating in the espionage war. Front and center of the war is Chinese Communist Party spy, Shen Qiu Xia (Li Xiao Ran). 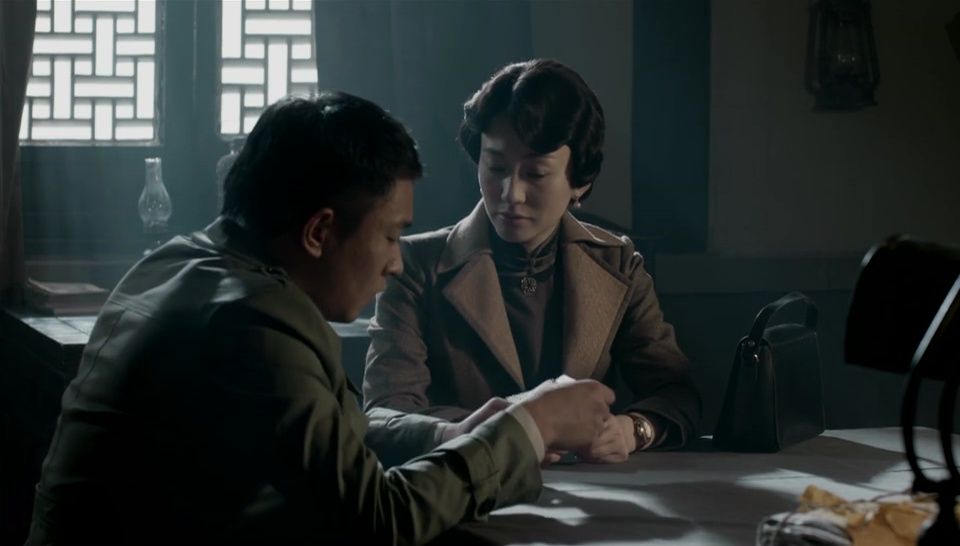 She enlists the help of another comrade to find Sparrow. Unknowingly, the comrade is under the watch of the government. He is captured and mercilessly interrogated. Watching is the Director of the Public Security Bureau, Bi Zhong Liang (Edward Zhang). He tells the comrade to choose between life and death, for both him and his family.

In a stark contrast, our main character Chen Shen (Li Yi Feng) visits an affluent night club. Even with a girl on his arm, he flirts with other ladies. But his companion Li Xiao Nan (Kan Qing Zi), who is his self-proclaimed girlfriend, is not deflated. They happily dance away, as Qiu Xia watches sullenly from a corner.

Chen Shen recognises her, and after exchanging a conversation at the bar (where he calls himself a traitor to his kinsmen), they sneak away for a private conversation. She reveals herself to be his superior Zai Xiang, and he calls her his sister-in-law. He tells her he has been looking for her and his nephew Pi Pi ever since his brother’s death.

Qiu Xia explains that she didn’t keep in contact for the past three years because she wanted Chen Shen to further strengthen his disguise. He wants her and Pi Pi to live somewhere safer but she tells him that they both have a greater mission.

Chen Shen: “But to mingle and laugh with the traitors, not being able to kill them, is that a life fit for a human?”

Back at the interrogation room, Bi Zhong Liang’s righthand man Er Bao happily mentions that they finally found a trace of Sparrow. The comrade must have revealed Qiu Xia’s location. Bi Zhong Liang orders him to get Chen Shen, who is the leader of Team 1, but he is nowhere to be seen. Bi Zhong Liang is unhappy, but they leave anyway.

There is no time for sentiments for the family reunion, as Qiu Xia asks for the latest news from the Bureau. Chen Shen says that “Sparrow” has been getting them a lot of information, irking the Japanese. The Bureau has been ordered to capture him/her.

But more importantly, she has a new mission for him. There is a secret plan by the Japanese and the government to infiltrate both the Nationalist and Communism party to destroy them from the inside. She orders Chen Shen to find the plan’s codename and contents.

He asks after Pi Pi, whom she says is not with her. It is not safe for either of them to meet, though if she tells him a way to contact her. He also earns a new codename, 023. There is clearly more unsaid with each other but time is ticking and they must go.

Outside the night club, Bi Zhong Liang and his men arrives. Qiu Xia tries to leave just as they enter and she looks suspicious enough that Er Bao fires at her. This creates a chaos in the club as Bi Zhong Liang screams at his men not to shoot her, Qiu Xia runs with her leg injured, and all while Chen Shen helplessly watches.

Qiu Xia manages to jump out of the building but it isn’t long until they corner her. Er Bao fires at her to make her stop, and it hits her in the stomach. Bi Zhong Liang is enraged as he orders her to be taken to the hospital. She must alive, or else. It takes everything for Chen Shen to control his expression as he watches the men capture his sister-in-law, but he calms down enough to greet Bi Zhong Liang cheerily.

Chen Shen wonders alouds if “the woman” is from the Communist or Nationalist party, but Bi Zhong Liang just chides him for leaving work. They banter a little, but as soon as Bi Zhong Liang leaves, Chen Shen just stares at the bloodied wall. He tells himself that his trial has truly begun, and prays that his sister-in-law would survive the gunshot.

The rest of the night club goers are herded as Er Bao interrogates them. On the first floor, Bi Zhong Liang and Chen Shen watches. We learn the dynamics of their relationship. Bi Zhong Liang is the nagging older brother, who scolds him for not being able to drink alcohol (Chen Shen prefers soda) and only meeting dancers and entertainers.

They leave once they find all the suspicious ones, including one who has spoken to Qiu Xia at the bar earlier. Before Chen Shen leaves though, he glances at Xiao Nan, who has fainted after seeing Qiu Xia shot. He just leaves her be.

Inside his office, Chen Shen thinks about all the men who appears to be with Qiu Xia earlier. Of those, a few were definitely captured by Bi Zhong Liang’s men. Despite his anxiety, he must keep his appearance as the aloof team leader. His bumbling sidekick Bian Tou tells him they caught a big fish, as the elusive Sparrow is also her subordinate.

He gets ordered to the interrogation room, where he asks if someone needs to get their hair cut (apparently that’s his skill). Bi Zhong Liang tells him to be serious, but Chen Shen just tells him to simply pick one men to be the scapegoat and do away with the rest. Bi Zhong Liang snaps and says he knows that, and that he feels embarrassed for having someone like Chen Shen under his wing, lol.

Chen Shen offers to go check on Qiu Xia for him, but once he leaves, the mood changes. Er Bao asks if Bi Zhong Liang is suspicious of Chen Shen. He has noticed the way one of the men has been looking at Chen Shen, and tells Er Bao to tail him. He also interrogates the most suspicious men of the captured club-goers, who pleads his innocence.

Chen Shen orders his team to secure the hospital and takes in all possible escape routes and obstacles as he enters to see Qiu Xia. She is still weak, but as long as she is not dying, the order is to bring her back to the Bureau for interrogation. Per another leader’s suggestion, he call Bi Zhong Liang for approval to move her.

But we see that he has set a plan into motion to save Qiu Xia. Earlier, he has gotten chemical explosives from a friend, which he has planted in all the optimal places in the hospital. It seems like an impossible mission, as Bi Zhong Liang is on his way to the hospital and already suspicious about his involvement.

Ryu: I like this, a lot. The first episode had everything going for it – style, action, emotion and some of the most on-point music cue. But this is not an episode that highlights the main character for me. I am much more intrigued by Bi Zhong Liang. He doesn’t feel like a villain who is evil for the sake of being evil and I am charmed by him even though he is supposedly the bad guy. Doesn’t help that Edward Zhang is absolutely killing it, especially how he portrayed the two sides of Bi Zhong Liang: one that handles prisoners with matter-of-fact cruelty and the one who chides his little brother for not achieving more in life.

I feel especially wary about his relationship with Chen Shen. I feel doomed because I’m already rooting for Chen Shen and Bi Zhong Liang’s bromance. They are so cute together, with Bi Zhong Liang being the nagging older brother and Chen Shen being the mischievous younger brother. It looks superficial, yes, with Bi Zhong Liang quick to suspect Chen Shen of being a spy and Chen Shen admitting he has no love for traitors. But with the insight of having watched up to the latest episode, I really feel like they do care for each other on a personal level – just not in this setup.

I just realised I’m not sure who Sparrow is after going through this episode again. I always thought it was Chen Shen, being the main character and all. He also fits the bill of being Qiu Xia’s subordinate. But then he refers to Sparrow in third person, so it might not be him after all. Or is it? Is the show psyching me or is my Chinese understanding just crap? (Despite my love for Republican spy dramas, I’m often confused about the terms, like whether someone is supposed to be from the Nationalist or Communist party, aka the sometimes-ally and the ultimate good guys.)