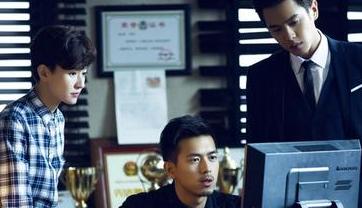 Oh! The second trailer gives us an unexpected surprise to the series. The first one was pretty standard stuff, so the second one counters with a brand of petty revenge in the workplace and a cute bromance in the horizon. It also has an official air date. Looks like October is the month of investigative series. We have Yang Rong’s Memory Lost, Wang Kai’s When A Snail Falls In Love, and now Zhang Ruo Yun‘s Medical Examiner Dr. Qin.

Really is the battle of the brains, isn’t it?

Li Xian as the doc’s good friend and policeman from the criminal investigation department.