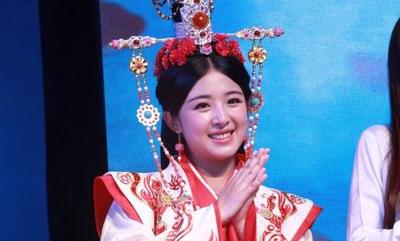 Aww, all the likable supporting actors in one drama! The new historical drama, Chong Er’s Preach (重耳传), started without much fanfare and even the press conference held today went out just as quietly. I know I complained about drama titles being lame and repetitive but Chong Er’s Preach is a bit jarring to the ears. Sigh. Chong Er is the given name of Duke Wen of Jin who ruled from 636 to 628 BC. The titular role is given to Henry Wang Long Hua and playing his lady love is none other than Kristy Zhang Han Yun. I know we are still sad about Princess of Lan Ling… She is too… ~~

Male lead, Wang Long Hua. I don’t know much about this actor but he was in My War and Fan Bing Bing’s Lady Of The Dynasty. Duke Wen seems to be an impressive ruler of his time. He was exiled for 19 years but never gave up on the throne, instead he worked hard to gather loyal and talented men to his side. So when he did ascend the throne, Jin became a very powerful state. Interesting figure. Read more here.

Kristy Zhang Han Yun! They manage to make her look older for sure here. She’s a Princess of Qi State.

We just talked about him the other day! Zhang Yi San! He plays third Prince and a villain. In history, he only ruled for 1 month before being killed. So much hard work from his wicked mother amounted to nothing. Sigh.

Korean actress, Han Chae Young. Not sure how her role will be affected.

Yi San looks so tiny next to the big boys. Lol. He was reportedly sick for the event and left early.

BTS with our OTP.

Directed by Lai Shui Qing (Han Dong’s The Deer and the Cauldron) and Zhao Jian (The Age of Heroes), and written by Li Zhuo (Wrestle in The City), Chong Er’s Preach has a whopping 80 episodes. O_O