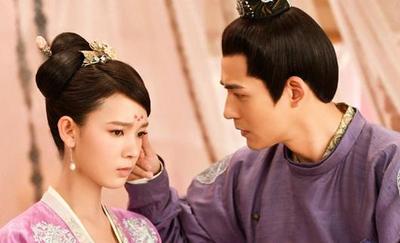 Oh! I like it in motion much better! More because I thought Vic Zhou would be a sitting duck while the ladies, Chen Yao and Hu Bing Qing, swirl and twirl around him. Nope! He’s not! He fights and hunts and gets on with the ladies. Lol. First half is action-packed while the latter half seals the deal with more cute and romance.

Sebrina Chen Yao. Beautiful… I love how they did her hair and make-up.

HMPP! Such a cheater! XD