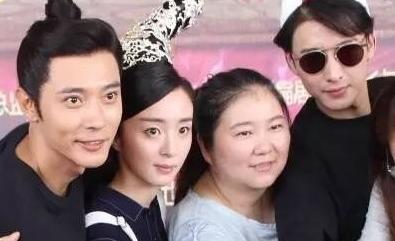 AHHHHHHHH!! I’m so frustrated with how the cast switched in and out within 10 days. I thought Polaris was punking my butt here at work in the cbox. Now that I saw the rumored OTP in Tian Ai and Yan Kuan, how could I unsee the angsty perfection they could have made onscreen?

Zhang Dan Feng as Emperor Wen. The upside of this casting is he finally gets to shine! The story focuses more on Dugu Qieluo, known as Empress Wenxian (文獻皇后) of the Chinese Sui dynasty. They married young and he reportedly stayed loyal to her until she passed away, having the least number of concubines among the Emperors.

Hu Bing Qing jumps to another lead role back to back. I like Bing Qing… but she’s very young… The character is supposed to be 16 so it makes sense but but….. sigh… Her hair. She went to Chusen and asked tips from Xue Qi…. Lol.

My girl Ady An finds herself in a second lead role, playing the lonely older sister.. What? Noooooo!

Oh, is that Ba Ye? No more tomb-raiding action for you sir? Ying Hao Ming.

From the writer of Fighter of the Destiny and Female Prime Minister (Zhang Wei) and director of The Legend of Fragrance and Liu Shan Men (He Shu Pei), The World of Dogu (独孤天下) begins filming today.