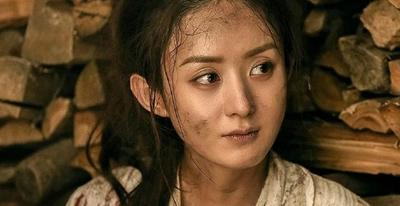 EEEEEKKKKK!! OMGOMGOMGOMGOMG!! I’m so excited! I know I said I will write a summary for you guys and I will! I’m on vacation this week and I hope to get back into the novel to write a proper summary soon. But first! Let’s take a look at my most anticipated drama for 2017! Yes, beside Huang Xuan’s Tribes and Empires: Storm of Prophecy! Princess Agents (特工皇妃楚乔传), formerly known as The Legend of Chu Qiao, is based on the novel 11 Chu Te Gong Huang Fei (11处特工皇妃) written by Xiao Xiang Dong Er. The production has just released stills of our four main characters in Zhao Li Ying, Shawn Dou, Lin Geng Xin, and Li Qin.

Zhao Li Ying, our slave girl turned female general. The still below… kinda breaks my heart a little because of the situation her character and her people are thrown in because they are labeled as slaves. Treated like trash and targets for royal bastards.

Yes, girl. Plan and execute those crazy plans of yours. I’m waiting!

Shawn Dou, the man she loves first, our male lead. Did I say I love his HAIR? AND NOW HIS COSTUMES? HEEEEHEEE. So handsome. I can see him speaking those cheeky lines to our deadpan heroine already. XD

Lin Geng Xin, the man she loves last, our other male lead.

Synopsis from the Drama Synopsis (it is quite different from the novel, and I will get on to those differences later): The story takes place during the chaotic times of Western Wei, where innocent citizens are often kidnapped and turned into slaves. Slave girl, Chu Qiao (Zhao Li Ying) is thrown into a forest along with other slaves and becomes the next hunting target for the rich lords. She’s saved by the Prince of Northern Wei, Yan Xun (Shawn Dou). Afterwards, she’s sold into the house of Zhuge and witnesses the deaths of her siblings. Not accepting her fate, Chu Qiao escapes the dungeon with her younger sister and catches the attention of Zhuge Yue (Lin Geng Xin), who was also in charge of taking the lives of some of her family members (dang…). He takes care of her and trains her in various things while she develops a deep friendship with Yan Xun over the course of 10 years. During the battle with Western Wei, Yan Xun loses his whole family and Chu Qiao is willing to die to save him and sends him back to his court. However, after that incident, Yan Xun grows ambitious and cruel to avenge for the things and the people he lost. He doubts Chu Qiao and takes advantages of her loyalty and love many times before she finally explodes. Disappointed with the man she once loved, Chu Qiao works with Zhuge Yue to bring Yan Xun down and end slavery, becoming a successful military strategist/female general in the people’s hearts. [Translated by [email protected]]