It’s been a while! So many news that I can’t get to them individually.

=======> ♦ If you didn’t see my angry tweet a few days ago, here it is again: I’m about to slap the heck out of Hunan. The Legend of Chusen to air one week earlier. 7/31/16, 2 episodes per week. New promo and another themesong by Zhang Jie is also released. Listen below. I am both pumped (about the series) and annoyed (at HNTV).

=======> ♦ Second trailer and new music video for the movie version of Just One Smile is Very Alluring (微微一笑很倾城), Love O2O, with Boran Jing and Angelababy. The song is called “The Original Dream.” I love the beats of the song but Boran ah, love, stick to acting. Lol. 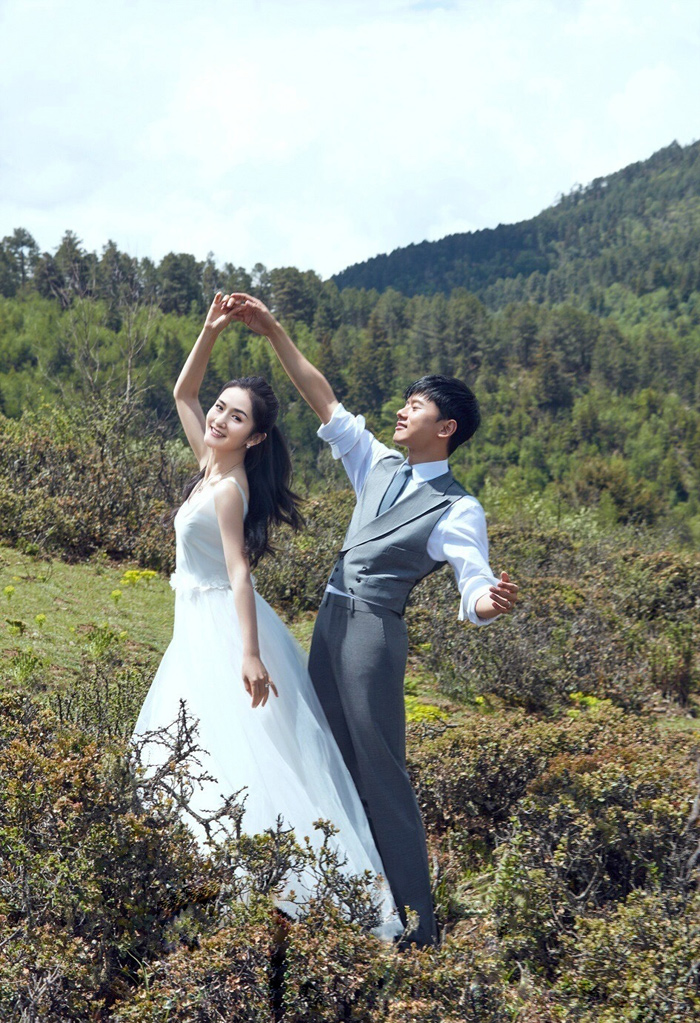 =======> ♦ Kimi Qiao‘s republican drama, The Code Name (代号). Premieres again on August 7th. You can watch the full series on youtube. Follow the link below…

=======> ♦ Republican drama Eastern Battlefield (东方战场) with a solid, solid cast in Gallen Lo, Huang Hai Bing, Michelle Ye, Anita Yuen, and Faye Yu. It began airing a month ago. My old folks are watching this one and enjoying it. Just throwing it out there for people who like war dramas.

=======> ♦ A short Vogue Film featuring Sandra Ma and William Chan. Some sizzling chemistry these two have.

=======> ♦ Boran Jing being surrounded at the airport. When a fangirl falls over, he asks whether she’s okay. Then even takes a little girl’s hand to lead her along. Aww. This is why I love chu!

=======> ♦ Famous Film Score Composer Chun Hung Mak is in charge of scoring the music for The Mystic Nine. Soundtrack to be released next week.

=======> ♦ Joe Chen Qiao En is the leading candidate for the drama adaptation of Legend of Fu Yao (扶摇皇后).

=======> ♦ Sandra Ma and Ma Ke are the leads for loosely translated novel called General Above, I Am Below (将军在上我在下). A quick scan reveals that she’s the badass general while he’s the flowery hero. LOL. Sha Jie Jie returns? Filming begins in October.

=======> ♦ Fan Bing Bing‘s name is up for upcoming historical romance drama Win The World (赢天下), reuniting with the team behind The Empress of China. The story follows a legendary widow as she makes her way to become China’s first female entrepreneur.

=======> ♦ The leads for Royal Highness (回到明朝当王爷之杨凌传) are Jiang Jin Fu, Wayne Liu, and Crystal Yuan Bing Yan. Filming began on July 21st. Ha! This is why Ya Tou died so early in The Mystic Nine. She has to romance a new highness! Lol. But competition yo, remember when I said in a previous batch that the male lead is a player like Wei Xiao Bao!? Tskk! Tskk! Er Ye won’t forgive you!

=======> ♦ Ruby Lin and Wallace Huo‘s wedding will be held in Bali at Bvlgari hotel on July 31st. Tiffany Hsu is our bridesmaid. No jeans please. LOL. 😀

=======> ♦ Ding Mo‘s next novel to be adapted: He and Moonlight as Neighbors (他与月光为邻). Names thrown in for casting: EXO’s Oh Sehun, Ying Er, and Leon Zhang Yun Long.

=======> ♦ Liu Yi Fei is back to the movieland with Who Is God (无神), working with famous Korean director Kim Ki Duk (Arirang). Filming is slated to begin in October.

=======> ♦ Hu Ge is rumored for the drama adaptation of Ding Mo’s novel You And Me In Time (你和我的倾城时光). Dang, this author’s novels be selling like hot cakes. At this point, it’s pretty much positive because fans posted a picture of Hu Ge reading the novel!

=======> ♦ Li Ying at various events for her endorsement products. Looks like her new style is the decorated one-sided earring. Stylish. She has a rumored drama with Kris and Lu Han and I’m not sure how I feel about it. Also, she won’t be attending Happy Camp Episode with the cast of Chusen due to packed schedule (she filmed HC with William and Jessica Jung a week ago). Is it gonna kill somebody for her to attend Wallace and Ruby’s wedding?!! Wahhhh. C’mon!

=======> ♦ A quick interview with Sina: When asked about possibly being threatened about the number of bromances in The Mystic Nine, Li Ying replies that she has no worries, “The moment I appear, it’s a knock out.” Lol. “Why is Xin Yue so cute?” Li Ying says she has worked with the director before so he knows her very well and the day of filming, he even brought her a bunch of food and let her take the reign in portraying the character. Asked if she worries about Chusen novel fans not being friendly with the drama script changes, she responds that every novel adaptation will undergo the same scrutiny and debate.

If she can pick again, she would still pick to play the character Bi Yao (cause her name sounds nice. Lol.)

Li Ying describes Yang Zi as a lovable person and hopes that fans can love and support the drama. Love her but also be tolerant.

“When will you film modern dramas?” She’s selective, looking for creative scripts to express a different side to the audience. Yes! Be selective!