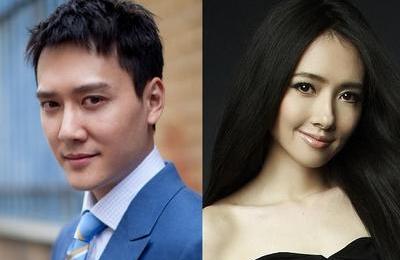 Finally got the chance to check out the novel and fell asleep promptly after 2 chapters. Lol. It was slow and the heroine’s inner thoughts were quit ordinary. It’s a good thing they got Haden Kuo to play the female lead because she is beautiful and likable to me (dramaland needs new faces!) William Feng Shao Feng takes on the role of our hero – a merman! So far, I haven’t seen his tail yet. hehe. He better be careful because the supporting male leads are no joke!

Synopsis Translated by Me [DO NOT TAKE OUT WITHOUT PERMISSION]: The Starry Night The Starry Sea (那片星空，那片海) is the drama adaptation of Tong Hua’s novel published in 2015, so it’s pretty new out on the market, which surprised me when it was picked up immediately for a drama. Our female lead is a 26-year old woman who lives quite a lonely life. With her parents divorced, her stepmother and step bro hate her, she becomes a sensitive and mature lady, independent and practical in her thinking. Moving away from the busy city life, she moves to small cottage in the island. She has no time for daydream of a romantic love and often questions herself why she falls for the hero with a mysterious background. She is uncertain about his status, his money, and his love for her. Our hero is a merman, a mystical creature only spoke of in legends. While he’s the boss of the sea, he has lived for a very long time. He has stepped foot on land before, formed friendships, and eventually witnessed their aging bodies become white ashes. What’s left of them is only memories, photos, paintings – all are good stories to tell on a quiet night. He stands tall through time. Seeing too much, understanding too much, and feeling too much, he’s now a jaded merman. They meet for the first time when he’s injured and she finds him unconscious at her doorstep. Living under the same roof, she intends to have him do housework (LOL) but he displays no sense of physical labor. HEHE. Using his special powers and astute intelligence, he helps her overcome many obstacles and feelings are naturally developed. Of course, trouble comes knocking at their door when her prized possession – a magical pearl, causes her to be in the crossfire of forces she knows nothing about. To save her, our hero has to sacrifice his life. Dun, Dun, Dun. [Mixture between the novel and the drama scripts.]

Look at those beautiful faces…

Interview with the Cast held on June 27th (today!)

So fresh and pretty!

What, our merman needs sunscreen lotion?

Sui Yong Liang. One of the few actors who looks good with facial hair. Smoldering!

Ian Wang Yan Lin. SO GLAD TO SEE YOU Lord Gu!!! Please come back to Wu Xin Season 2 too. =D