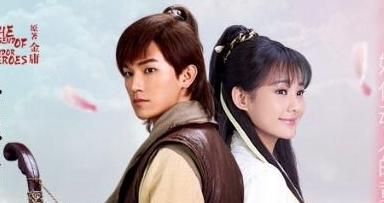 I know we were disappointed Janice didn’t get the role but I’m having positive thoughts with Li Yi Tong. She looks so cute and mischievous as a beggar! Acting-wise, we have no clue except for her upcoming drama, Demon Girl, which is airing on June 30th! YESH! I do like that they are using new faces in prominent roles – roles that will get people noticing and talking. Comparison is inevitable but let’s not be too severe. On the other hand, I’m not feeling Yang Xu Wen yet. One really needs to have that special quality for me to accept Guo Jing’s naivety and find him endearing. As a character, he’s too frustratingly nice. Lol.

Promo for the Game Version.

Promo for the Game Version.

I don’t think I have to introduce this man with the white hair anymore. LOL. Such a signature character. My mom’s favorite.

Zoey Meng Zi Yi as Mu Nian Ci. It’s funny now that I think about, she was Yoona’s maid in Zhao Yun and netizens were complaining how she’s too beautiful to be a maid. Lol.

Chen Xing Xu as Yang Kang. Suave element = not quite there.

Mei Chao Feng by Viola Mi Lu. Girl, where did you go and get such perfectly manicured nails? Wuxia nail salon? XD

Directed by Jeffrey Chiang (The Myth) and written by Chen Man Ling (The Legend of Magic Mirror), Legend of the Condor Heroes (射雕英雄传) is still filming.