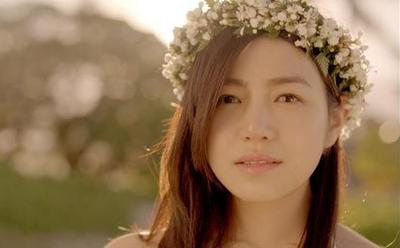 Looks who’s keeping herself busy with film after film. Michelle Chen returns to movie land with a couple of projects under her belt. The two that caught my attention are on opposite end of the spectrum – thriller Pali Road and comedy Scandal Maker.

In Scandal Maker (外公芳龄38), Michelle plays a single mother, and with her child in toll, she arrives on her father’s door, a famous MC/radio host who charms the pants off the ladies. Hijinks ensue on all front when grandfather just wants an orderly life. If it sounds familiar to you, this is a movie remake of Cha Tae Hyun’s Scandal Makers in 2008. Hoho. It’s gonna be hard to top both Cha Tae Hyun and Park Bo Young’s performance. And the kid! They’re like Triple Threats. Out in theaters July 15th.

Tong Da Wei might just be the most recognizable face in theaters. I feel like he’s in every film out there. Lol. At one of the press conferences, Michelle calls Da Wei the Jim Carrey of China, for his ability to smoothly jump from drama to comedy.

The cute kid is Lu Yun Cong. I LUFF his HAIR!

Pali Road (夏威夷之恋) is a joint production between China and USA. The story follows Michelle as a young doctor who wakes up from a car accident with no recollection of her past. All of a sudden, she has a husband, a son, and a perfect family. However, memories of the past can’t stay hidden forever and it’s up to her to kick-start the investigation to get her life back. Currently playing in theaters.

One of the Vampires in Twilight as the handsome husband. He’s Jackson Rathbone.

The posters are breath-taking!