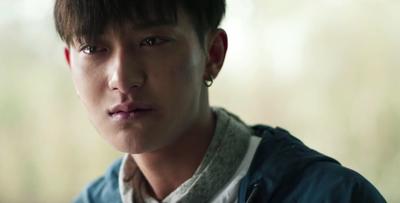 Now called Edge of Innocence, film adaptation of mystery novel Summer, The Portrait of a 19 Year Old (夏天十九岁的肖像), written by Shimada Soji drops its first trailer featuring Huang Zi Tao, Yang Cai Yu, Du Tian Hao, and Li Meng. The released stills so far look bright and sweet, but who would’ve thought the trailer is everything but those adjectives. Dark raining night with knives and splattering blood? That can’t be good! Our male lead is a basketball star and through an injury, he’s forced to stay at a hospital. During his recuperation, he takes interest in a family across the window and witnesses a crime involving the beautiful daughter of the said family.