=======> ♦ Bright posters for modern drama Love Me (你这么爱我，我可要当真了) based on the novel You Love Me This Much – I’m Going To Take It Seriously with Jiang Jin Fu and Li Xiao Lu.

=======> ♦ New stills for romcom So I Married An Anti Fan with Yuan Shan Shan and Park Chan Yeol. Miss Yuan looks freakin’ adorable in every still! A role changer indeed. 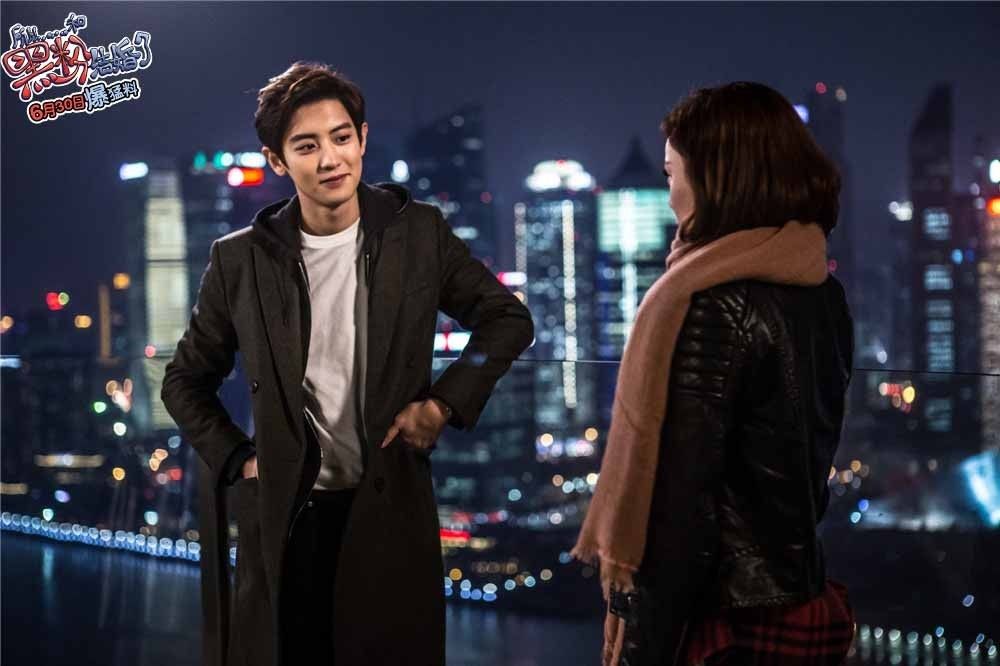 =======> ♦ To celebrate the I-love-You Day (May 20th), Sparrow releases a haunting trailer. Much more affected than the five minute one for sure.

=======> ♦ Opening Themevideo for Les Interpretes. “My Dear” by Tan Wei Wei. It has started airing. Are you watching?

=======> ♦ Short CF-Film for a tea drink featuring Yang Yang and Zheng Shuang. Their names are up for an upcoming project together. English subbed by YY fans. 🙂 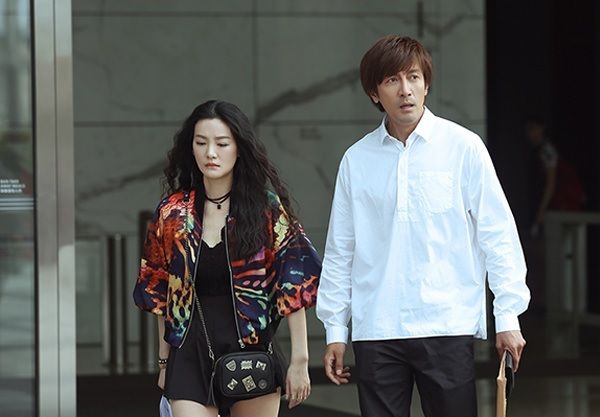 =======> ♦ Despite being tackled like a rag doll, Liu Yi Fei dressed in a red dress, appeared the NEXT day for an event, showing no sign of distress. Aww. You gotta like her attitude.

=======> ♦ The first three supporting characters in Zhou Xun‘s Ru Yi’s Royal Love In The Palace are revealed and viewers are in awe of their youthful fresh faces: From Left to Right: Wang He Run, Amy Chen Hao Yu, Jiang Zi Xin.

=======> ♦ Luo Jin and Gina Jin are names attached to a new idol drama called A Goddess Imposter (冒牌女神). The name suggests a funny storyline already! Gina also wrapped up filming for The Legend of Ace with Michael Chen on 5.20.16.

=======> ♦ Chen Zi Han and Dai Xiang Yu got married just a few hours before Wallace announced his romance. The two kitties were basically eclipsed in regards to coverage with only Polaris to voice a flag (Lol). And Aww.

Congratulations! So many couples!

=======> ♦ Speaking of marriages, F4’s Ken Chu also got married on May 23rd to actress Vivien Han Wen Wen. Now only Jerry Yan is left as the golden bachelor!

=======> ♦ Liu Shi Shi being questioned whether she was privy to HouLin’s relationship, she wasn’t! She said they hid it very well and thanks Ruby for scooping up Wallace. Lol. Then she adds playfully, “But what do we do with our Lao Hu now?” HEHE. I know you guys had as much fun as I did with people trolling Hu Ge on weibo. HAHA.

=======> ♦ VIDEO OF THE WEEK: While there are many hilarious reactions to Wallace and Ruby’s dating news. The best has got to be FU ER KANG’s wretched faces!! It’s too hysterical NOT to be shared so I uploaded it below. Get some tissues and a new pair of pants. Lol.

=======> ♦ Rain and Victoria Song are confirmed for drama August Not The End (八月未央). Well, at least in this case, our leads will understand each other.

=======> ♦ Korean actor Jang Dong Gun to break into the Chinese market with a modern drama Once Loved You Distressed Forever (我曾爱过你，想起就心酸) with Tina Tang. Filming begins next week.

=======> ♦ Liu Hao Ran reveals recently that he’s single, after his appearance with Nana at Cannes sparked fan fights between Nana and Seven Tan, the latter who he was believed to be dating after their collaboration in With You.

=======> ♦ Chen Xiao and Ying Er‘s next drama is a modern one called Match Made In Heaven (Perfect Couple 天作之合). Filming is due to begin at the end of May, early June.

=======> ♦ Korean actress Park Min Young is up for the lead role opposite Zhang Zhe Han in drama adaptation of novel Castle In The Time (时光之城).

=======> ♦ Due to fans’ complaints that they are deliberately reducing Liu Shi Shi‘s scenes in Precious Youth to promote the second lead actress, the producer has to issue an official letter stating that they did not cut Miss Liu’s screen time. Fans also claim that the second lead character is more intriguing than the lead, which they find unacceptable. Lol. The producer states that from episode 25 onwards, Liu Shi Shi will have more screen time.

=======> ♦ After wrapping up Stay with Me with Nick Wang, Joe Chen Qiao En is looking to return with another drama adaption of Paris Not In A Good Mood (如果巴黎不快乐) later this year. How could Paris ever be in a bad mood, ya’ll??!!

=======> ♦ Ice Fantasy and The Legend of Chusen have been going head-to-head, fighting for the coveted airing slot in the summer because it’s when the most ideal ratings happen. HNTV might create more time slot to satisfy both sides. Funny.

=======> ♦ Princess of Romcom movies Bai Bai He is chosen as the female lead for Jin Dong in the upcoming Hou Hong Liang’s medical drama, The Surgeon (外科风云). Filming begins on June 1st. I don’t know, these two look strange together. She has such a youthful look to her… Lol.

=======> ♦ Zhao Li Ying‘s News: The Legend of Chu Qiao or as they officially called it now Princess Agents (特工皇妃楚乔传) is postponed yet again to the end of this month. T__T. Their weibo account has confirmed the four main cast in Zhao Li Ying, Lin Geng Xin, Shawn Dou, and Li Qin. Such irony in life! Li Qin was one of the few actresses who tried out for Yang Zi’s role in The Legend of Chusen (ergo rival against Li Ying’s Bi Yao.) And lookie here, they are meant to star together I guess.

In other news, she’s the only young actress (under 30) in her generation to be nominated for Best Actress for the Magnolia Awards, hosted during The 22nd Shanghai TV Festival. One of the three honorable television awards in China, the other two being the Feitian Awards and Golden Eagle Awards (what they say). The wretched part is… she’s nominated for Hua Qian Gu. Lol. In the same category are her seniors – Song Jia, Sun Li, Zhao Wei, and Yan Ni. For Best Actor: Hu Ge, Wallace Huo, Jin Dong, Li Xue Jian, and Tong Da Wei. Ceremony will be held on June 10th. I believe she won’t win but being nominated against her seniors is an honor already. 🙂

Our Ten Days dropped another short teaser. Temp date for release is summer 2016.