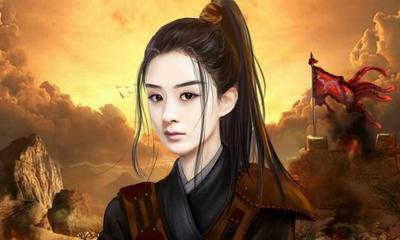 Three booting ceremonies of 3 dramas! Which one(s) are you looking forward to the most?

=======> ♦ First up on the booting panel on May 28th was new modern romcom, Delicious Destiny (美味奇缘) starring Thai Actor Mike D’Angelo and cutie pie Rachel Mao Xiao Tong. YAY! I think this is her second time leading a series after Miss Unlucky. Mike is pretty active in Chinese series lately, can anyone tell me his fluency? Not much about the plot except that Mike plays a rich and genius chef who’s cold and aloof with a hidden gentle side. Lol.

She looks so cute!! But I do wish she let her hair grow. It’s been some time since she chopped it off.

=======> ♦ Booting held on the same day was Alan Yu‘s Xuan Yuan Sword Legend 4: The Clouds of Han (轩辕剑之汉之云). Unfortunately, they didn’t manage to unite the Go Princess Go‘s boys in Fiction and Peter Sheng. Leading beside Alan Yu is Leon Zhang Yun Long, and they play brothers; Leon being the older one. The two love interests are Traey Miley (Guan Xiao Tong) and Karlina Zhang Jian Ning. When you have Leon, you also get his twin model brother Vengo Gao Wei Guang. hehe.

Did Alan lose weight? He looks so scary below… o.o

With the big guns.

=======> ♦ Booting ceremony that was held today is Zhao Li Ying‘s Princess Agents (特工皇妃, formerly known as The Legend of Chu Qiao). She was there with male leads Lin Geng Xin and Shawn Dou, but our second female lead Li Qin wasn’t present. CAN’T WAIT FOR THE STYLING TO COME OUT!! EEEE!!!

Far right is one of the youngins from Go Fighting Goals, Niu Jun Feng. Good for you, kiddo.

The Love Triangle. She’s so small next to these two giants!

This guy going around, drinking with everyone. *glares*

Li Ying’s face is like…yea, I will take this drink… *bleh* Lol.

I have a soft spot for Shawn. Ahhh. Why are you not getting the girl!?? You revenge-driven character!

Fanmade poster of our general!