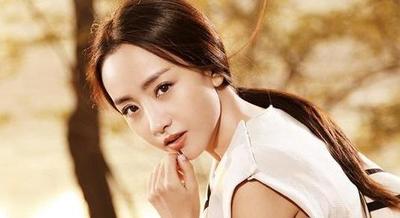 So you guys can breathe a sigh of relief now, Jiro Wang is no longer playing the male lead opposite Yang Rong in the upcoming drama adaptation of Ding Mo’s Memory Lost, the third thriller novel in his detective series (after When A Snail Loves and Love Me If You Dare.) Yumama is having a hoot on weibo recently, teasing and challenging fans to figure out mysterious leading actor with only a picture of his back. Beside that, he also posted a parade of handsome supporting male actors, from killers to police officers, to crushers. After years of being delegated to supporting roles, Yumama finally does Yang Rong right. I never thought posting pictures of pretty/handsome actors could be this tiring. Ya know I have to choose the pictures wisely, showing their best features – side profile, smiles, dimples, and sometimes plain shirtless. =P

Memory Lost follows our male lead as he suffers from amnesia and struggles to find his lost fiancée – a woman confirmed by everyone around him that she does not exist. He’s described as taciturn, as cold as ice, and as calm as a lake at night. His search leads him to a small town where he meets a girl full of personality working as a detective. Similar to him, she’s equally mysterious with a blank background for the last five years. After meeting him, she’s constantly entangled in complicated murder cases, and facing near-death situations. As they confront the lurking dangers, they gradually uncover the secrets to their lost memories as well.

The backside of our mysterious leading male. Confirmation is in! Johnny Bai Yu will headline the series. He ‘s in Just One Smile is Very Alluring, Love Up In The Air, and Grow Up. Born in in 1990, he DOES NOT have a baby face. Lol.

Qi Ji. Huang Xiao Ming’s rival in Cruel Romance. Playing killer “K.” I’m thinking there’s a clique of killers in this drama, with each one taking after a letter. Novel fans can tell me more. 🙂

Merxat. He’s a regular face in Yumama’s works. I know we mention a lot about Uyghur actresses, but he’s one of the few Uyghur actors around. His role is Killer “T.”

Zhang Yi Jie. He was in webdrama Backlight of Love (Love Against the Light). Picking up the role as Killer “A.”

He Feng Tian. You will see him in Demon Girl too.

William Chu Jun Chen. Will see him in Chen Xiao’s Above the Clouds. Killer “L.”

Tim Tian Mu Chen. Was in Legend of the Ancient Sword and recently in Emergency Room. Killer “R.”

Triple threat, DJ/Model/Actor from Hong Kong: Bai Zi Xuan or Tom Price. He was in Yang Le’s Little Husband and Yan Kuan’s The Legend of Jasmine. He plays captain of the Criminal Police Department.

Wang Yu. Will be seeing him very soon in Ruby Lin’s Magical Space Time. His character’s nickname is Nagging. Lol.

Last but not least, the Queen of this Harem, Yang Rong for Grazia’s April Issue. =D Today, she reported to the filming set to begin her styling as Bai Jin Xi / Su Mian.

Male lead and second male lead are still under secret wraps. Good promotional tactic to arouse talk among netizen for sure.