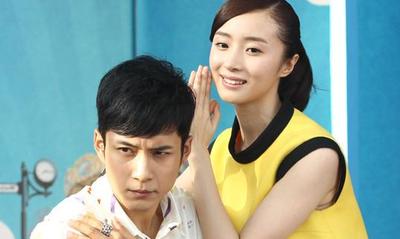 Last time we spoke of this drama remake, 20 Once Again (重返20岁), of Korean movie, Miss Granny, they just began filming (Nov. 2015) and now we have a long trailer to satiate our thirst. Less is more people! Anyway, a very solid trailer! I’m impressed. Not on the grand term of a period piece like Storm of Prophecy, but in the slew of slappity slapp-slap trailers of modern drama, this one comes out on top. There’s a sad undertone throughout, questioning the choices that the couple made when they were younger. Second chances are the best, aren’t they?

Synopsis from Wiki With Name Changes: Shen Meng Jun (Gua Ah Leh) is a crotchety prideful 70-year-old widow who frequently finds faults with everyone around her. She takes pride in her ability to raise her son single-handedly, despite the poverty during the Cultural Revolution, to become a professor of a prestigious university. After several clashes with her own family, they decide it’s time for her to go to a nursing home. Feeling forlorn, she wanders the streets and impulsively decides to take a final portrait at a photo studio she happens by. Upon leaving, to her astonishment she realizes that she has been transformed back into her 20-year-old self. Given a magical second chance at youth, she changes her name to Meng Li Jun (Hu Bing Qing).

After Meng Jun’s transformation, she decides to keep her new identity a secret. She begins by renting a room from her trusted friend and past servant, Xiang Da Hai (Qin Han). Later, while accompanying Da Hai to the senior recreation center, she meets her long-time rival, a flirty senior woman. There, they had an epic singing battle in which Meng Jun wins. Meng Jun captured the crowd’s heart with her voice. While singing, a music director Tan Zhi Ming (Juck Zhang) enters and offers her a chance of a lifetime.

Hey, you too! Don’t start undoing your clothes now. XD