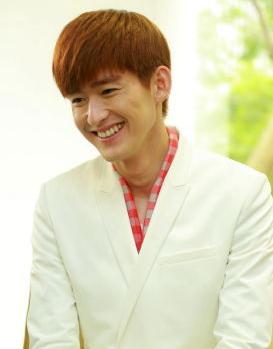 As I mentioned a few weeks back, Zhang Han was seen working hard at the gym for his upcoming webdrama, The Ten Deadly Sins (十宗罪), based on the novel of the same name written by Zhi Zhu (real name: Wang Li Wei). The cases in the novel are based on real crimes that happened all over of China. Yesterday marked the official booting ceremony, and joining Zhang’s investigation team are Eric Tsang, Jim Yu Xiao Tong, and Zhang Ya Mei.

The investigation team name (SIG ： Spider Investigation Group) is a play on the author’s pen name, literal meaning is spider. Lol. One reviewer says,  “Reading the novel will make you discover the depth of evil and darkness many people will commit to satisfy their own perverted cravings.” There is raping of dead corpses, skinning, chopping and consuming of human flesh; every detail of brutal crimes exposed delicately on paper. However, the author is not an advocate of the devil within us. He believes that the world has no bad people, only good people who commit mistakes.

I doubt the webdrama can go into such details because SARFT has issued that both tv series and online webdramas undergo the same strict regulations before airing just a few days back. Let’s see what they whip up. I haven’t had time to check out the novel yet.

Zhang Han is missing due to a busy schedule. But take a look at him in his gym attire.

Eric Tsang. He also acts as the Executive Producer of the series.

Zhang Ya Mei (The Warth Of Vajra).

Produced by Youku, Ten Deadly Sins is directed by Korean PD Lee Dong Hoon (God’s Gift: 14 Days) and written by a group of writers, it is short series with only 11 episodes.