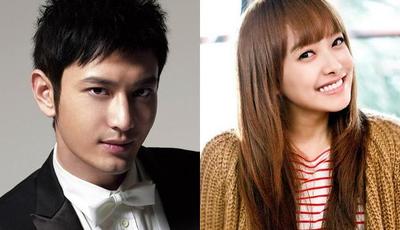 Tong Hua strikes again with another drama adaptation of her novel. This time it’s Once Promised (曾许诺), the prequel to Lost You Forever (長相思). The story takes place in a mythological world with demons, gods, and humans cohabiting. Our hero, Chi You (Huang Xiao Ming) is driven by revenge and wants to dominate and unite all living things under one ruler. His resolve is immovable until he meets the heroine, a princess from the Xuan Yuan Kingdom (Victoria Song). During the chaotic times, two dominant figures emerged: Chi You, a war god from Shen Nong Tribe, and Prince Shao Hao, from Gao Xin kingdom. While our heroine is forced to marry Shao Hao, her heart belongs to Chi You, and conflicts in interest arise when her father invades Shen Nong. The meaning behind the title is a promise between our OTP that as long as he still wears the red robe she made for him, they would meet under the destined Peach Blossoms and that he would give up everything to be by her side. However, because Chi You never knew of the reason behind her political marriage with Prince Shao Hao, he lashes at her from a place of hurt and mistrust. The gist of what I got and from what I read, the novel does not end happily.

EDIT 2/14/16: POST IS CLOSED FOR EVERYONE’S PEACE OF MIND. DON’T ATTACK OTHER COMMENTATORS!