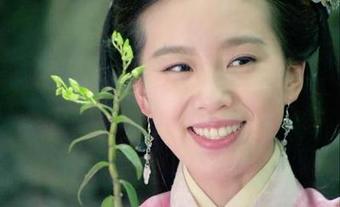 The premiere episode of Doctress has the fastest setup I have seen this year. In just 45 minutes, we are introduced to the two opposing sides, the chess pieces, their bosses, and the developing love lines.

The episode opens with a quick introduction about the rise of Neo-Confucianism during the Song Dynasty and how women are still being viewed as lesser beings, even a small minority of midwives and physicians are regarded with disdain. The emperor at the time is Yingzong (Wallace Huo) who ascended the throne at a young age (me staring at the oh-so-young Wallace, lol) and the person running the show during morning meetings while he dazedly pokes at a cricket is Empress Dowager Sun. However, Yingzong’s ears are attuned to the words of his favorite Eunuch Wang Zhen and begins to show signs of discontent, forcing Dowager Sun to enlist another puppet to the throne. He is Prince Cheng (Huang Xuan) and he’s shown fighting off a legion of assassins sent by Eunuch Wang. Luckily, he’s skilled enough to survive and hobble away, injured.

To hide from watchful eye, he stumbles into the Xu Manor where eligible single ladies are presenting gifts to Old Madam Xu and next in line is our heroine, Tan Yun Xian (Liu Shi Shi) daughter of General Hang Xuan Wu. As her maid, Zi Su, worries about their shabby gifts, another maid belonging to Princess Wang Mei Lin (Gina Jin) pushes Yun Xian out of the way. Mei Lin doesn’t even bat an eyelash at her maid’s haughty behavior and just walks forward to greet Old Madam Xu with a proud smile. Wow, disliking someone at first sight! A first for me. Lol.

After excusing herself from the noisy garden festival where everyone clearly looks down on Yun Xian and her maid, she goes back to the secluded area where the rare herbal plant grows. She digs it out happily, content that the trip to the Xu Manor isn’t wasted and she could care less about the wife-hunting ceremony. From a distance, someone is spying on the pair.

Before our two ladies can exit the small cave, the figure dashes forward and drags Yun Xian to the back, then threatens the maid with a knife to her throat to shut her trap. He asks for the life-saving plant and Yun Xian agreeably puts it out for him but he faints to the ground. The maid tries to lead Yun Xian out of the cave but the man’s shivering and yelping causes her to pause in her steps. She returns a few minutes later with some plants to relieve his poison. Clasping her hands around his, she asks if he’s okay when he comes to. He peeks through half-closed eyelids at the hazy vision before his eyes and whispers a Thank-you and an apology for holding her at knife point. Aww, why are you so nice, lad? He tells her he’s not a bad man and is being chased.

With a logical head on her shoulders, Zi Su convinces Yun Xian to get the heck out of the cave before they are seen by someone. “We can’t get Master in trouble like this!” Having no choice left, Yun Xian places a pill inside the man’s mouth and leaves, hoping that the pill would save his life.

Outside, Master Xu is informed of the arrival of Cao Ji Xiang and his men aka the group of assassins. They are putting up a show of congratulations to search the place for Prince Cheng. Master Xu voices his indignation and freely says that he will repeat the same words even to Eunuch Wang. The searching leads to the garden where the single ladies are enjoying flowers and Master Xu steps in the way to block the intrusion to no avail. Cao Ji Xiang declares he’s working for the emperor to forcefully breaks down the wall, allowing their rushed entrance and scaring everyone behind it.

The person collapsing from a stroke is none other the Old Madam Xu and still Cao Ji Xiang orders that no one is allowed to leave the garden, even if to fetch a doctor. Yun Xian takes a look and calls for needles to poke her fingers and toes, a method to rid the bad blood from her body. She does end up saving Old Madam Xu but it’s good to note she wasn’t entirely sure and appeared shaky. Good start to build up the character.

While this heroic moment takes place, Duke Wang tells his daughter Mei Lin to feign a faint and uses the spare moment to search for Prince Cheng. He surmises the prince is on premise after being hunted by Cao Ji Xiang. Duke Wang works for Empress Dowager. Mei Lin finds him at last and before he leaves the cave, he turns around to pick up the life-saving plant, totally convinced Mei Lin was the person who saved him.

Yun Xian returns to her own house, the Hang Manor, and is greeted by her fearsome dad with the whip next to him. OMG. He’s not gonna whip her is he? I’m not getting burned again after Romance in The Rain, man! He orders her to kneel and asks her to recite the house rules. The first being Keep To Yourself, Do Not Attract Attention, and the second one being No one in their clan is allowed to become physician. When she explains that she had no choice but to save the dying elder, he whips her. There we go. She doesn’t back down from the physical pains and insists she did no wrong saving lives. Thankfully, Grandma arrives and shields Yun Xian from her dad’s wretched beating. She reveals that she is the one who taught Yun Xian what she knows. The revelation triggers flashbacks of many deaths in dad’s eyes.

Later in her room, as Zi Su applies medications to Yun Xian’s wound marks, Yun Xian mutters dejectedly how dad never liked her anyway because if he does, he would only reprimand her verbally. She then reveals the story behind why their family is forbidden from becoming physicians. Their family name used to be Tan and came from many generations of physicians. Her grandfather was the supervisor of the Imperial Faculty of medicine until Empress Dowager Sun miscarried from the supposedly safflower powder ingrained in the rouge they sent to the palace. The Tan family was all locked up in prison and grandfather took the blame by committing suicide. During the escape, Yun Xian’s older brother, Yun Liang, suffered serious wounds and died from blood loss, and she blamed herself for not recognizing the plant to stop bleeding. He made her promise to learn medicine in his place.

To overrule the injustice done to his family, General Dad changed their surname to Hang and started to work up the ranks.

And the culprit who added the safflower powder to the rouge was none other Yun Xian herself. She was fooled by an uncle with a red birthmark on his hand that if she added this powder during the making of rouge, her brother could make the rouge faster.

Shortly after, Father Hang confronts his own mother in an emotional outburst. Both of them have a point; Grandma can’t help it when seeing Yun Xian reminds her of Yun Liang, and how fast she memorized the medical texts she chanced upon. Moreover, she doesn’t want their line of physicians to end so tragically. Father tries to hold back tears as he’s reminded of his beloved son’s death and proclaims his worries out loud; what if he’s recognized by the other officers before the family’s injustice is revoked? What if Yun Xian’s intervention worsens Old Madam Xu’s condition? He can’t risk his efforts and innately blames Yun Xian for causing the family’s downfall. He warns his own mother to stop teaching Yun Xian medicine or else he will disregard their relationship.

Master Xu seeks the advice from Physician Liu and one look at the prescription note left by Yun Xian makes him pause to ponder deeply. Elsewhere, the man with the red birthmark attends to Prince Cheng! Turns out he’s Chen Shi San, the new Supervisor of the Imperial Faculty of Medicine and a trusted man under Empress Dowager. I wonder whether she knows about his involvement in her miscarriage. Thanks to Yun Xian’s medical help, Prince Cheng continues to live on this earth with us. 😀

In his deep coma, Prince Cheng recalls the hazy details of Yun Xian and wakes up to find his mother peering over him. Lol.

In the palace, we hear sounds of slapping and pleading. For failing in his mission in assassinating Prince Cheng, Cao Ji Xiang kneels in front of Eunuch Wang, asking for forgiveness. “This subordinate is useless. I deserve to die!” The pitiful show stops short and we hear Eunuch Wang bragging about his survival skills in the palace and how Yinzong, a soft-hearted emperor won’t harm Prince Cheng, his sole brother from the same lineage. Hence, Eunuch Wang takes the trouble of eliminating the foes on himself. He cackles evilly.

Kappy: I liked it so far. I like that our heroine didn’t just miraculously save the old madam with just one shot but actually struggled and showed signs of uncertainty and stubbornness. And I’m also glad to know that one of our male leads is a kind person, which doesn’t bode well when Wallace is introduced if I’m already swaying to one side. heh.

A little sad on the villain side because everyone seems like they came out from the same oven! Evil laugh, haughty maid and her snobbish princess. I hope there is more to Gina’s character because her behavior so far for those beneath her is distasteful. Be more than a cookie, girl! Lol.