A lot of dramas are coming out (heck nawwww February!!) and a lot started their productions this past week as well. Some will get mentioned, others will get mentioned when there is more info. Never sleep, cdramaland. Cause I don’t need to. *joking joking*

=======> ♦ Opening Themesong to Chronicle of Life. “Spring Festival” – Hawick Lau. Ending themesong is “Signs of A Love Too Late” by Xiang Xiang.

=======> ♦ Liu Yi Fei looking real fly on her flight to Paris for a fashion show. You’re sure you’re not running on the runway, Milady? A pink coat is not easy to pull off. She looks flawless. 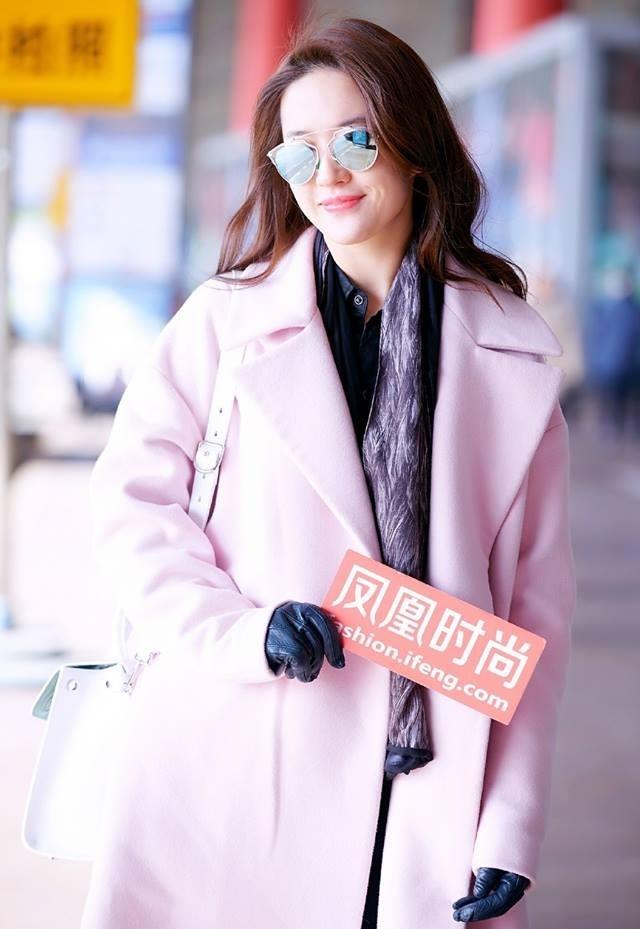 =======> ♦ Totally forgot about this one: A Jackie Chan’s movie Railroad Tigers with Nick Wang, Darren Wang, and EXO’s Tao. The story is about how one railroad worker rallies up the boys to fight against the Japanese. Directing is Sheng Ding (Saving Mr. Wu, Police Story 2013). I’m a little too excited! Darren!! Love that puppy! Nick is here too! Exposure! I don’t know Tao so no comment.

What did you see, Angela?!!

=======> ♦ How fast is production in China? 28-Year-Old Minor has fan-taken photos the second day after the opening ceremony! Below are our leads in Wallace Huo and Ni Ni.

She looks so cute.

=======> ♦ First stills of the lovely song writer Viann Zhang in Song of Phoenix.

=======> ♦ Peter Ho and Zhang Li‘s republican spy drama, Dark/Mysterious Warrior (玄武), drops new stills of them soaked in the rain. Peter plays an undercover agent in the Communist party and his goal is to protect funds and finances against Japanese invasion. They look more like killers in the rain to me. LOL.

OMG. I’m dying by myself. THIS SAME POSE WITH A BORDER THIS TIME. ROFL!!

=======> ♦ Crystal Zhang, Peter Sheng, and Alan Yu (Edit: I’m seeing things) were seen on the street of Shanghai filming the third ending for Go Princess Go. It’s a happy ending of the three endings and is deemed as a gift for fans on Valentine’s Day. Now you guys are pushing it a bit for me. Stick with the ending you decided!! With the removal of many webdramas thanks to SARFT, I’m way too angry about their stifling regulations to say much.

=======> ♦ Liu Hao Ran (Detective Chin Tang) and Chen Dou Ling (The Left Ear) are leads for new movie called Twins (双生). Chen Dou Ling did not study acting and it showed in her acting debut project. I thought she was returning to school… The entertainment world is not easy to let go once you’re in. Let see how she does in here.

=======> ♦ When discussion of making a movie version of Huan Zhu Ge Ge, Vicki Zhao opts to direct an animated show instead. GOOD FOR YOU!! I’m so glad you stopped these crazy bunnies from ruining a classic. =D

=======> ♦ Zhang Han is seen working real hard at a gym for an upcoming role in webdrama, The Ten Crimes. I cannot imagine Zhang Han with muscles. XD

=======> ♦ Taekwondo Girl Season 2 will have a different storyline. They can’t hold on to the original cast so it will be new faces. I’m kool with that.

=======> ♦ Feng Shao Feng‘s name is attached as the lead for novel adaptation of Tong Hua’s The Starry Night, The Starry Sea (那片星空那片海).

=======> ♦ Hunan has bought the rights to remake School 2015. The original Kdrama stars young starlet Kim So Hyun, Nam Joo Hyuk, and Yook Sung Jae. Miss Kim plays twins and gets embroiled in the mystery of her sister’s death…or so we think.

=======> ♦ Feng Qiu Huang (凤囚凰) has a rumored male lead in Chen Xiao. The last time we spoke about this harem time-traveling drama was in 2014 (!!) when Yang Rong was rumored as the female lead. Still under Yumama’s hand so it’s looking positive for them to reunite! Weee~

=======> ♦ Producer of As Long As You Love Me reveals that they negotiated a year to get Wallace Chung on board as the male lead. Apparently, he’s playing a part in producing too.

=======> ♦ A lot of actresses are looking for roles in the upcoming harem drama Ru Yi’s Royal Love In The Palace starring Zhou Xun as the lead. Among the names which could be used for publicity are Victoria Song and Zheng Shuang.

=======> ♦ A Step Into the Past will begin production in March. Waiting for confirmations of cast. William Chan was courted before.

=======> ♦ Novel My Queen (我的皇后) written by Xie Lou Nan has been bought to be made into a television drama and a movie.

Quick photos of her in New External Waves. Zhang Han is standing on the side.

They also uncovered some of her kiddie photos. She is the middle one. hehe. So cute.