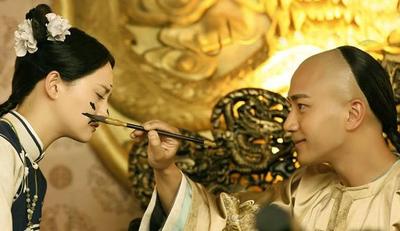 Well, well, well. A trailer is just released on the heels of its premiere in 3 weeks! Do visit the Master list of Airing Cdramas for reference of future shows. Chronicle of Life is the drama adaptation of a novel (Lonely Courtyard in Late Spring 《寂寞空庭春欲晚》 written by Fei Wo Si Cun (Too late to say I love You). The period romance centers around the twisted love story between a young Emperor Kang Xi (Hawick Lau) and a young maiden (Zheng Shuang). Everything begins when she plays the flute in response to another tune played by the young king. Her childhood sweetheart (Vin Zhang Bin Bin), also her cousin, recognizes her playing and his face changes, leading Kang Xi to play match-maker, even though he has developed feelings for the person behind the tune. The person appointed to help notices the King’s affections and orders the maiden inside the palace to serve him. When Kang Xi is totally smitten with her, it is then that he realizes she’s his friend’s childhood sweetheart.

At least this is the plot of the novel, the drama is adding amnesia into the plot too so… let’s see what we have.

The way to woo the girls and have plenty of princes. Lol.

Directed by Wu Jin Yuan (The Cage of Love, Bu Bu Jing Qing) and written by Jiang Guang Yu and Rao Jun, Chronicle of Life has 45 episodes and premieres on February 1st.