If you’re reading this post, I should have arrived at New York already! Taking a small break with a few friends before the holidays. Have a nice weekend everyone! ^__^

——> ♦ More music videos for Li Yi Feng and Yang Mi‘s Fall In Love Like A Star. This time he’s singing the song. But I’m getting tired of the endless promotion for this movie. Get it out and done with please!

——> ♦ New trailers for the fourth season of The Legend of Zu (S). I wish we have more developments between Wu Xin and her estranged parents instead of her just chasing the same guy over and over again. There’s a bed scene though! I’m a little nervous because what if it’s not Wu Xin but the other girl?!! Are they tricking me?!!

——> ♦ Music video and trailer for Mojin – The Lost Legend. One of the two adaptations of Ghost Blows Out The Light.

——> ♦ Ma Ke and Andy Yang Zi shooting for the Bazaar show. The two are close friends for a long time and it’s nice to see them interacting! Adorable.

——> ♦ If you guys miss Nick Wang, you can watch his modern drama that is currently re-airing in HQ called Waiting for You. He plays a famous cellist but is mostly known for his marriage with the Director’s daughter. It’s only a marriage in name and when he learns that she wants to continue work overseas, he initiates a divorce, During this chaotic period, he meets the heroine, a woman with a five year-old son, who’s trying to begin life again in Shanghai. Through her, he is able to see the values in his life and from then on, second lead syndrome is unstoppable! Lol. Good luck, girls. English-Subbed Trailer below. [Youtube Playlist Here]

——> ♦ In case you were wondering why Bolin Chen wasn’t promoting with Ariel Lin and Vic for their movie Go Lala 2. He’s busy wrapping up a new movie with Korean stars, Ha Ji Won and Chun Jung Myung, called Risking Life for Love (致命恋爱). 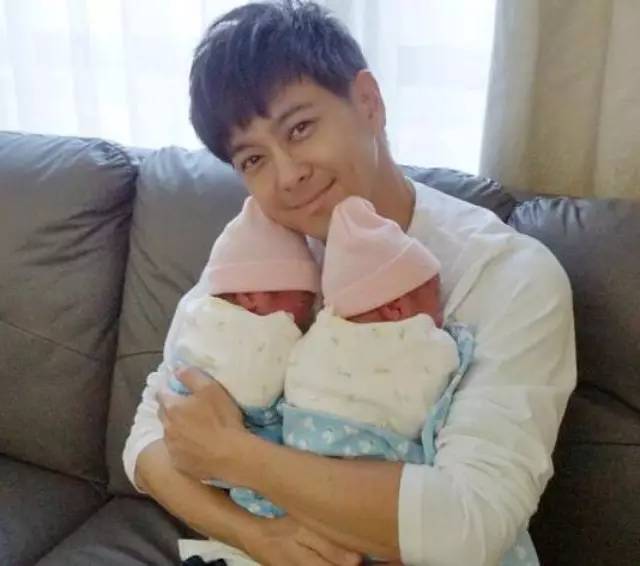 ——> ♦ Movie and drama adaptation of the novel Wen Nuan De Xian (温暖的弦) written by An Ning are in the works. The drama version has Jia Nai Liang as the producer and he’ll be selecting the cast from the newbies at Shanghai Theatre Academy on 12.04.15. Yay to fresh faces! The story focuses on the painful deep love between our OTP. They have been in love for the longest time but after discovering that her sister crushes on the same man, our heroine steps out from the love triangle. At the same time, fathers from both side die tragically in a plane accident, leading to the heroine’s recuperation in the states for the years to come. When she returns back home, she works at the hero’s company. The contrived plot! Really? No other company in China? Lol.

——> ♦ Ding Mo‘s Memory Lost to become a webdrama produced by Iqiyi and in charge of the script is Yumama. HAR HAR. I guess we can’t dodge this bullet since Yumama really wants to do it since furrrevaaa. Filming to start in March. Yang Rong is the rumored female lead.

——> ♦ It Started With A Kiss Movie Version has a rumored cast in Kris Wu and either Zheng Shuang (quite impossible since she’s reportedly going overseas half of next year to study) or Dilraba Dilmurat.

——> ♦ Wallace Chung (My Sunshine, The Continent) will debut as a director in an upcoming youth drama, Sandglass, written by Rao Xue Man (The Left Ear) and produced by writer Han Han (The Continent). The story revolves a Mo Xing Xing whose mom died saving a young boy. She grows up under the pressure of being the daughter of a hero. When stressed, she likes to eat. This secret is known by her female classmate and the two girls become friends. Through her new friend, our heroine meets another boy (ahum obviously the young child her mother saved) and soon the three friends realize the inevitable connection they share.

——> ♦ Another Tong Hua’s novel to be adapted. This time it’s The Starry Night, The Starry Sea (那片星空，那片海). Production company is Zhejiang Dream Stardom Film and TV Culture Co (Destined To Love You, The Cage of Love). Our male lead is a merman and he is somehow saved by the female lead. Huh.

——> ♦ Real Life Husband-Wife Christopher Lee and Fann Wong reunite onscreen for Chinese drama, Dear, Long Time No See. This time, they will be playing an old, married couple of a large corporation with a side dish of doom and gloom.

——> ♦ And if you skipped my photo bomb area in Qiyi’s awards night, Just One Smile Is Very Alluring movie version has confirmed Angelababy and Boran Jing as leads.

——> ♦ New movie adaptation of Japanese novel, Summer, Nineteen-Year-Old Portrait (Natsu, Jukyusai No Shozo), written by Soji Shimada has confirmed Ex-EXO’s Huang Zi Tao as the hero. Aww man, another Ex-EXO boy I have to keep track of. Lol. His character is described as handsome and a brilliant basketball player in his first year of college. After being hospitalized for his injuries, he harbors a crush on a beautiful girl and discovers her life’s biggest secret. SHE’S A MAN! ….. Just kidding. Lol.

——> ♦ Another Japanese novel to get a Chinese film adaptation is Miracles of the Namiya General Store written by Keigo Higashino.

——> ♦ On the same trend, Dragon Zakura will get a drama adaptation as well. A total of 40 episodes.

——> ♦ Ending this post with cute fanmade mv of Zhao Li Ying in her modern drama, The Interns. This mv is life! She’s made of unicorns!! So KUTE!!