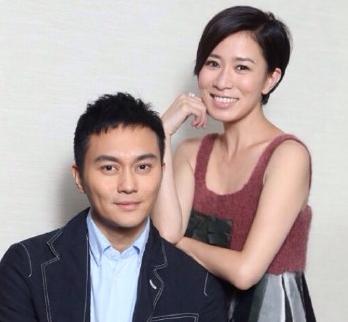 Finally, the long wait is over. The movie sequel to the popular TVB series 15 years ago, Return of the Cuckoo, will hit theaters tomorrow. I’m nervous about it, honestly. While not the greatest series, Cuckoo left a deep impression on me as child and kinda scarred me a bit too. The characters I should love, I loved. The characters I should hate, I hated. It’s such a dear part of my childhood and kick-started one of my first OTP ships ever in Hong Kong entertainment – Charmaine Sheh and Julian Cheung, together as Charlian. I really don’t want anything to ruin that perfect nostalgic feeling. Yunno? It’s been 15 years… their chemistry is no longer the same…

A lot of pictures and trailers/mv after the jump! You’re warned!

This suit is a WIN.

Michael Tong! How I love the macho characters you play.

Scenes with Chen Qiao En. She’s so gonna get her heart broken. Sigh ~

And finally, after much intense digging, I found two pics of her dead hubby! Here’s a peek of Steven Ma, whose character dies in a tragic accident, leaving his wife to mourn after him for years. In the drama, we only see Kwan Ho returning alone to meet her relatives. It’s nice that they invited his character back as a ghost, to help her heal. That’s my guess because of the bright light and how injured she looks and how regretful he looks.