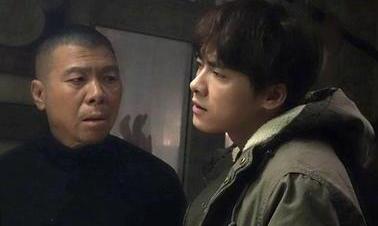 Since they are released on the same day, I’ll merge two in one. First teasers for Li Yi Feng‘s film, Mr. Six, and Jia Nai Liang‘s detective drama with his wife, Li Xiao Lu. The season of detective dramas might be coming up! With Love Me If You Dare, Jin Dong’s Head Above Water, and now we have A Detective Housewife!

Li Yi Feng‘s promo materials have been scarce since the start for action film, Mr. Six, so I’m happy we get to see him in motion. Looks like there’s more to the hostile relationship between the son (Li Yi Feng) and his old-but-still-a-badass father (Feng Xiao Gang) when a new gangster (Kris Wu) has his own rules and punishments on his turf.

A Detective Housewife is a republican drama with a dash of humor and a heroine as the focus. Li Xiao Lu plays a housewife undergoing a huge change after her husband is mysteriously murdered. Determined to expose the murderer (s), she becomes a cop/detective under the wings of Jia Nai Liang, which is funny since they are a real couple. Lol. Why should you watch it? If the name still impacts you like before, Tong Hua (Bu Bu Jing Xin) is in charge as the production supervisor and chief script editor.

She looks so dainty and refined!

Huang Ming (next to Xiao Lu) and En You Liu facing the new recruits.

Li Zi Feng doing something crazy in his lab. He’s a forensic scientist.