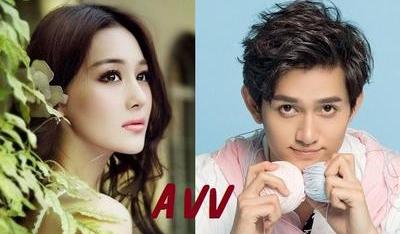 Ma Ke is pretty hot right now, he’s already cast in another drama even before this one is filmed! Reincarnation of The Super Star is the drama adaptation of the novel written by Qing Luo Shan Zi. The copyrights is bought by Tencent Pictures and it will be broadcasted online through their platform (QQ), rendering it as a web drama. They released some character posters a few days ago, so let’s take a look at the storyline and the modern getup of Ma Ke, along with Viann Zhang (Border Town Prodigal), Joe Xu (The Legend of Flower), and Pong Nawat (Tawan Tud Burapa). Have anyone read this novel and could clarify a few points for me? When I read the book synopsis, I was taken by surprise because the main love story is between…. two male characters…?? Now that would be scandalous for CDramaland’s Police. Lol. But it’s a web drama so they have more leeway. Also, the drama version is reportedly changing so that the romance is between Ma Ke and Viann. We shall see~~~

Reincarnation of The Super Star is a modern drama about the romances of those in the entertainment industry. Ma Ke plays an unfortunate star who is kind and honest, but dies in a tragic car accident (how many trucks of doom is in dramaland?!!) after he is ripped apart by the rumors of him being gay. His lover (an acting “god”) did not step in to help or clarify. Our hero comes back to life in the body of a young, handsome man, determined to start again and pursue his unfinished dreams. But could he hide his true self from his friends …and foes? Oh, this is interesting.

Actor Joe Xu Hai Qiao. It’s funny to me that Ma Ke brings along a few of his Flower co-stars in every of his new project. Lol. In here, he is the manager of the stars.

Along with the Chinese crew,  we have Thai Actor, Pong Nawat Kulrattanarak. I don’t follow Thai Ent, so you guys need to update me on him. He looks quite handsome!